The Rialto Unified School District announced Monday it has suspended online learning after some of the district's technology was crippled by a malware attack.
KABC 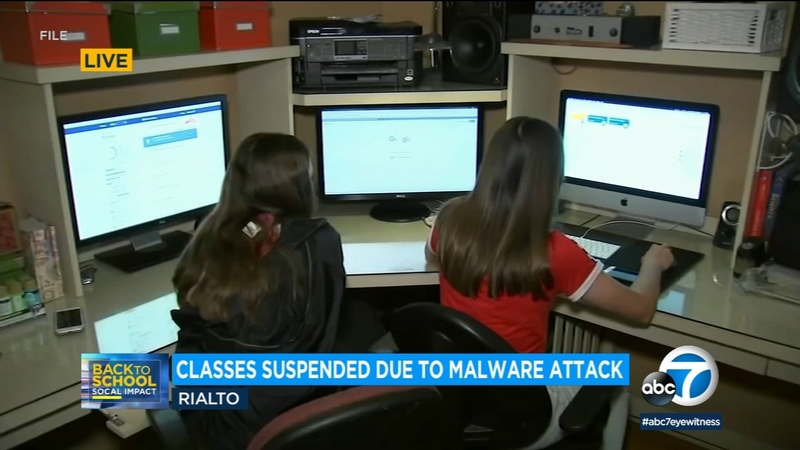 RIALTO, Calif. (KABC) -- The Rialto Unified School District announced Monday it has suspended online learning after some of the district's technology was crippled by a malware attack.

The district is investigating and alerted parents and students to the attack, just over two weeks into the new school year.

District officials said the malware -- which is used to disrupt, damage or gain unauthorized access to a computer system -- impacted the ability to provide online instruction.

High school students and staff on Tuesday returned Windows-based devices issued by the district, and new devices will be provided in the near future.

Google Chromebooks and iPads given to Pre-K through 8th grade students have not been affected by the attack.

Distance learning has been discontinued indefinitely. The district will update parents and students through its social media accounts, Gmail, Blackboard and the district's website.

Microsoft Outlook and the district's parent portal are down as a result of the malware.

It's unclear why the school district was targeted but a spokesperson said officials are working with outside entities to prevent any future hacks but could not confirm whether the FBI was involved.