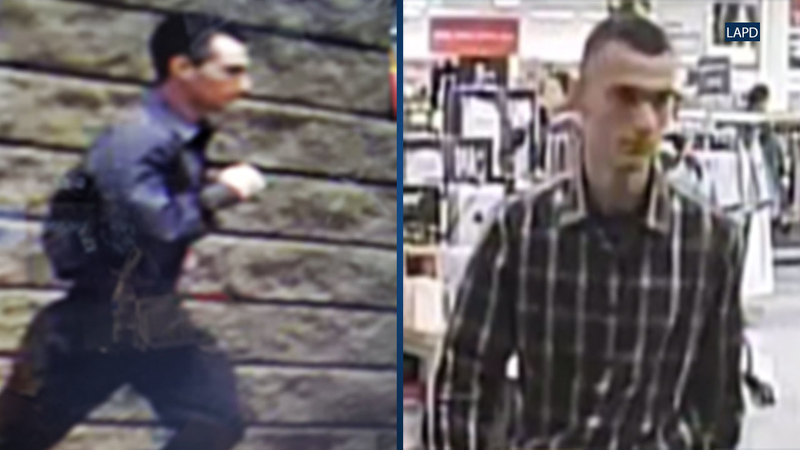 CANOGA PARK, LOS ANGELES (KABC) -- The Los Angeles Police Department released video of a man who has accosted at least four separate women while they were shopping at stores in Canoga Park and Woodland Hills.

Female shoppers have reported this man walking up behind them and thrusting his groin into their buttocks, according to police.

On one occasion, the man reportedly followed a woman through a parking garage and grabbed her from behind in a bear hug. He released her quickly and she chased him away.

"While none of the women were injured and the physical contact has been over clothing, we need to identify him quickly," LAPD Det. Arlene Padilla said. "His behavior is premeditated, as we can see from his movements in the stores, and our concern is his behavior could escalate in boldness or aggression."

The suspect appears to be in his mid-20s with a thin build, often sporting a short military-type haircut. His dress is preppy and clean-cut.

Detectives believe he may ride the Orange Line into Canoga Park.

Reported incidents have occurred between June 10 and July 11 at a shoe store, women's discount clothing store and a large department store.

"We think he focuses on stores frequented by women during daytime shopping trips," Padilla said. "He might be seen on the Orange Line or in any store between Fallbrook Street and DeSoto Avenue., and Erwin Street to Sherman Way, which is the greater shopping area for the West San Fernando Valley."