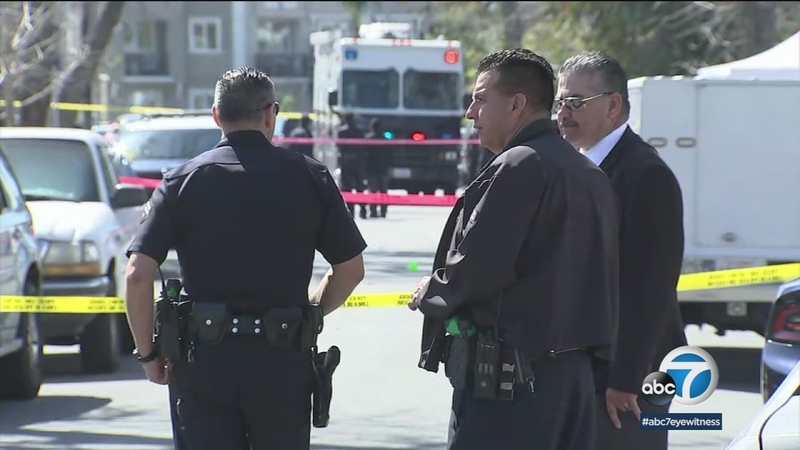 PANORAMA CITY, LOS ANGELES (KABC) -- A man who police said was armed with a large blade was fatally shot by a Los Angeles police officer in Panorama City on Monday.

Police received a radio call regarding a male with a mental illness in the 9100 block of Kester Avenue around 8:45 a.m., according to LAPD Detective Meghan Aguilar.

Aguilar said when responding officers arrived on scene, a man came out of one of the homes in the area, and he was "armed with an edged weapon."

The LAPD described the weapon as a 16-inch edged blade.

#LAPD OIS Update: Mission Area ofcrs responded to a male with possible mental illness call. Upon arrival, subject confronted officers with a 16" edged blade weapon. Less lethal options were deployed, but ineffective, resulting in an OIS. The subject was pronounced dead at scene.

The officers initially used a Taser and bean bags, but the situation ended in an officer-involved shooting, Aguilar said.

The man was struck by police gunfire and pronounced dead at the scene by fire officials.

Aguilar said the circumstances that led up to the fatal officer-involved shooting remains under investigation. The officers involved will be interviewed, and footage from body-worn cameras will be reviewed, she said.