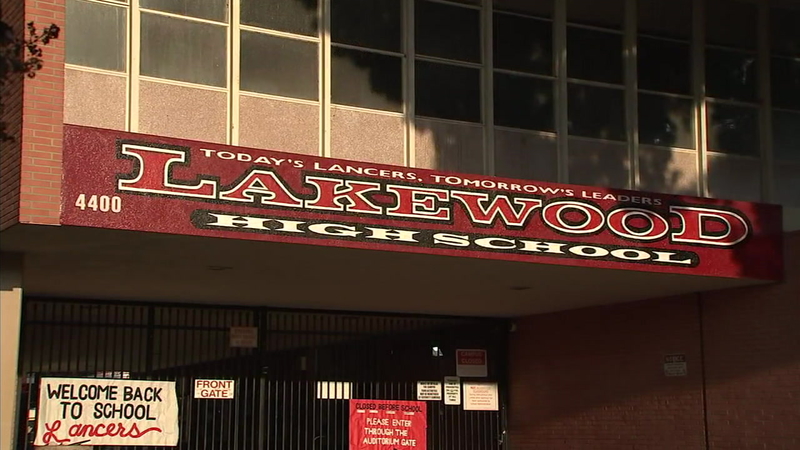 Man arrested after sex assaults in Lakewood and Bellflower

LAKEWOOD, Calif. (KABC) -- A 19-year-old man has been arrested in connection with two separate sexual assaults -- one in Bellflower and another involving a female student who was attacked at Lakewood High School, authorities announced Sunday.

Joshua Cooper was arrested Saturday afternoon in Bellflower and booked for assault with intent to commit rape, robbery, and attempted rape, the Los Angeles County Sheriff's Department said in a statement.

The first incident occurred about 10 a.m. Friday in Bellflower's 9200 block of Palm Street, where a 29-year-old woman was walking home when Cooper approached her from behind, according to the news release.

"The suspect attacked the victim, sexually assaulted her and took the victim's cell phone before fleeing the scene," the sheriff's statement said.

Some 2 1/2 hours later, investigators said, Cooper sexually assaulted a girl in a restroom at Lakewood High School. He allegedly fled the scene after a school employee entered the bathroom.

The suspect's bail was set at $220,000. He is scheduled to appear in court on Wednesday.

Anyone with information about the cases is asked to contact the sheriff's Special Victims Bureau detectives by phone at (877) 710-5273 or by email at specialvictimsbureau@lasd.org.