Man with cane who appeared to be blind admits to groping 4 women in Glendora, Azusa

KABC
By ABC7.com staff
GLENDORA, Calif. (KABC) -- Glendora police arrested a man accused of groping women at a bus stop. The women said the suspect appeared to be blind.

Between Nov. 21 and Dec. 1, four separate women came forward and reported being sexually battered by a man who used a cane and appeared to be blind, Glendora police said.

Some of the incidents occurred while the women were at a bus stop. Police said one incident took place in Azusa, and the rest occurred in Glendora.

Investigators said the man approached the victims and asked for directions. When the women agreed to help, the man assaulted the victims by groping them, authorities said.

Upon investigation, detectives were able to identify the man as 30-year-old Anthony Ramsey, a transient who frequents the cities of Glendora and Azusa.

Glendora police arrested Ramsey on Dec. 3. Ramsey later admitted to assaulting the women and was positively identified by the victims.

Ramsey has been charged by the district attorney's office with four counts of sexual battery, police said.

Ramsey was being held at the Twin Towers Correctional Facility in lieu of $80,000 bail. He is due in court on Monday in West Covina, according to sheriff's online inmate records.

If you have any information about this case, you're urged to call Detective Chris Farino at (626) 914-8284.
Report a correction or typo
Related topics:
glendoralos angeles countyarrestgropingblindsexual assaultsex crimes
Copyright © 2021 KABC-TV. All Rights Reserved.
More Videos
From CNN Newsource affiliates
TOP STORIES 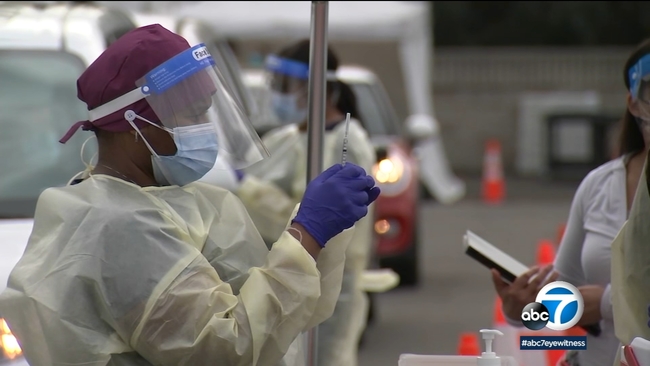