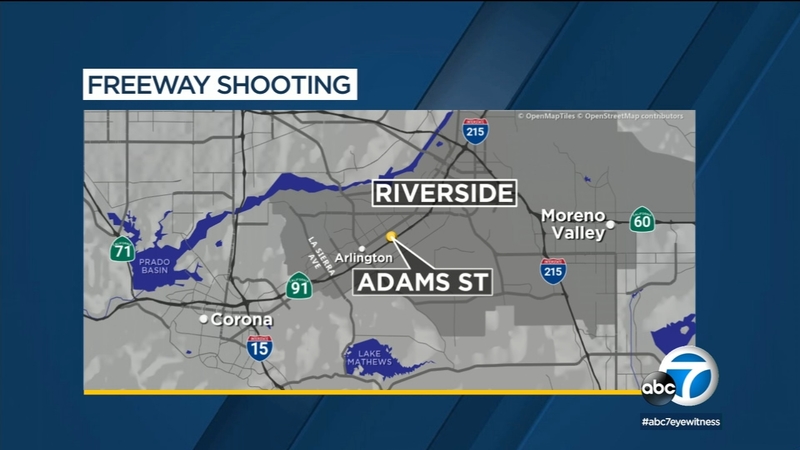 RIVERSIDE, Calif. (KABC) -- A 32-year-old man has been arrested in connection with a car-to-car shooting on the 91 Freeway in Riverside, and authorities say it is believed to be an isolated incident.

The shooting happened along the westbound 91 Freeway near Adams Street around 10:40 p.m. Saturday, according to the California Highway Patrol.

The victim described the suspect's vehicle as a burgundy Honda Accord, saying he saw a muzzle flash from a handgun and heard the gunshots.

The victim, who was driving a white Chevrolet Silverado, was able to exit the freeway at McKinley Avenue and officers responded.

"A thorough search of the suspect vehicle resulted in locating a loaded Ruger EC9S 9mm handgun, loose ammunition and one used shell casing," said a news release from the CHP.

Two people inside the Honda were taken into custody and the driver, only identified as a Corona man, was later arrested in connection with the shooting.

At least 80 incidents of cars being shot at on Southern California freeways have been reported since late April, with the majority of the incidents happening on the 91 Freeway.

The CHP says this shooting appears to be an isolated incident, apparently unrelated to a recent string of BB or pellet gun shootings along Southern California freeways.

The CHP is investigating more than 80 incidents of cars being shot at on freeways, mostly on the 91 Freeway during the morning hours.