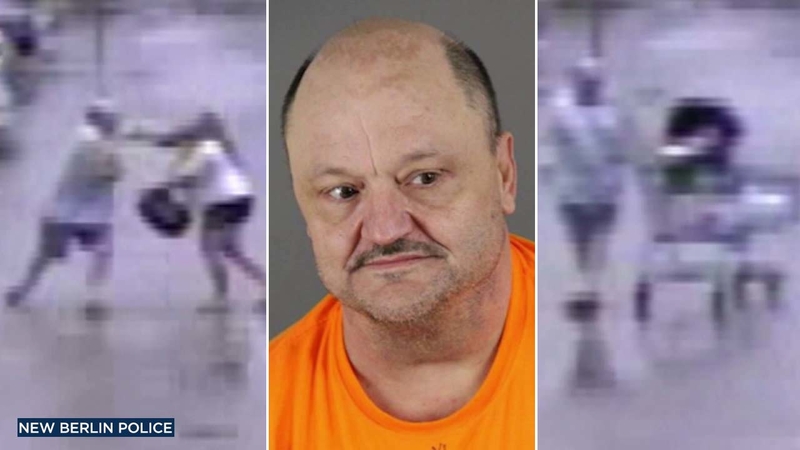 WAUKESHA COUNTY, Wisc. (KABC) -- A Wisconsin man faces criminal charges after being accused of attacking a mom as her kids watched. It allegedly started when she told him to move a shopping cart.

Cori Richardson said she asked the man to put his cart away after he left it behind her car.

That's when he threw her to the ground, punched and kicked her. He even pulled out a clump of hair from her head.

The brutal assault was captured on a surveillance camera.

Following the attack, the man is seen shoving the woman's shopping cart away - the cart contained her infant son in his infant carrier car seat. The cart and infant roll away unattended for short time until Richardson gets off the ground and runs to catch up with it.

Other customers came to help Richardson. They called 911 and even blocked in the suspect as he tried to take off. That's when the man hit one of those bystanders with his car.

"I've been a wreck. I'm not going to lie. I've teared up quite a few times just thinking about it. I'm just really grateful that my kids are okay," Richardson said.