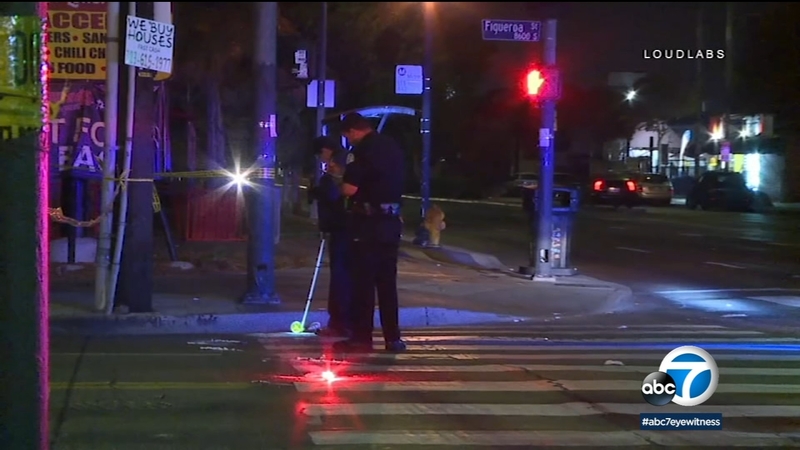 SOUTH LOS ANGELES (KABC) -- Police are searching for the driver who struck a 61-year-old man in a fatal hit-and-run in South Los Angeles early Sunday morning.

The crash occurred near the intersection of Manchester Avenue and Figueroa Street at about 3:40 a.m., Los Angeles police said.

LAPD said the victim, 61-year-old Wardell Nelson Jr., was crossing eastbound Manchester Boulevard at Figueroa Street on the south side crosswalk when he was struck by a fleeing driver in an unknown vehicle.

Another vehicle hit Nelson as he "laid motionless on the ground," but that driver remained on the scene, police said in a news release.

Nelson died at the scene.

Relatives of Nelson say he had been living on the streets by his own choice.