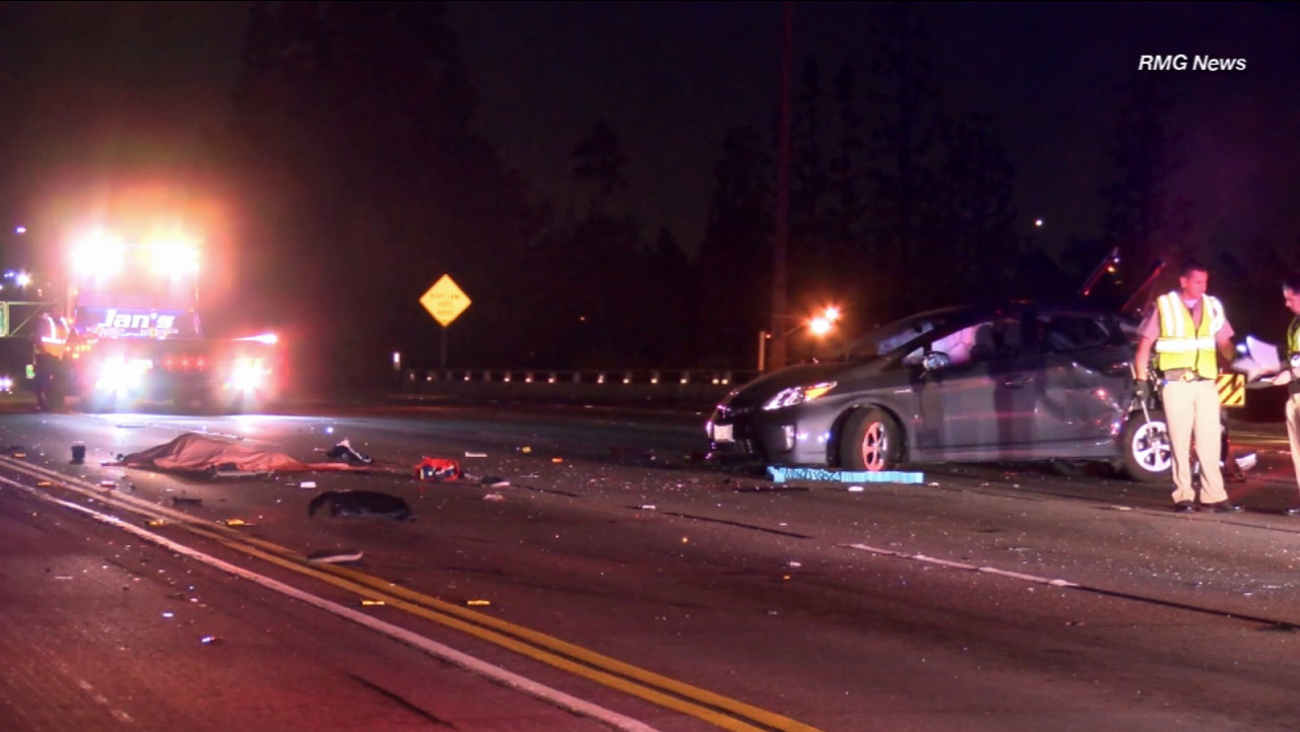 California Highway Patrol officers investigate the scene of a fatal hit-and-run on the 210 Freeway in Irwindale on Monday, March 30, 2015.

IRWINDALE, Calif. (KABC) -- A man was killed in a hit-and-run crash on the eastbound 210 Freeway west of the I-605 Freeway in Irwindale Monday morning.

At 1:35 a.m., California Highway Patrol received calls of a disabled car on the freeway. Shortly after, two more calls came in regarding a pedestrian in one of the lanes and a traffic accident with injuries.

A dark gray sedan had stalled on the freeway and had been hit by a big rig. The driver, who was either ejected from the vehicle or had exited the car, was then hit by a white compact car, authorities said. The pedestrian suffered fatal injuries.

The big rig driver pulled over, but the driver of the white car drove away from the scene.

A witness got the suspect's license plate number, and CHP officers later located the car at a home in Glendora. The suspect was taken into custody by 3:16 a.m.