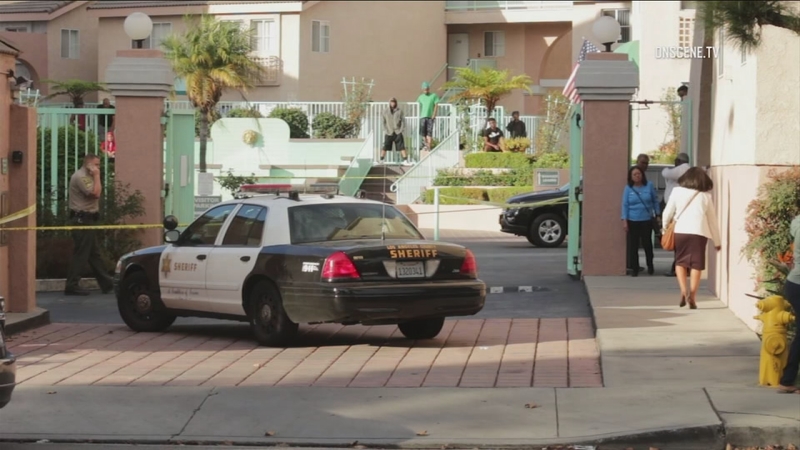 PARAMOUNT, Calif. (KABC) -- A search is on for a killer after a man was fatally shot during a carjacking attempt in Paramount.

It all started when the suspect, who was driving a red Lexus, was involved in a road-rage incident near Artesia Boulevard and Atlantic Avenue in Long Beach on Sunday.

During this incident, authorities said the suspect discharged several gunshots into the air. No injuries were reported in this incident.

Then, the suspect drove to an apartment complex in the 8600 block of Somerset Boulevard, where he attempted to carjack a man. During this incident, the attempted carjacking victim was shot and killed.

The suspect, still in the red Lexus, then fled the apartment complex and carjacked a red Mustang at gunpoint near Garfield Avenue and Alondra Boulevard. The victims in the Mustang were not injured.

Detectives said the suspect fled again, this time to Compton. That's where he crashed into a Cadillac near Greenleaf Avenue and Long Beach Boulevard. The driver of the Cadillac suffered minor injuries in the collision.

Upon investigation, Los Angeles County sheriff's deputies learned that suspect was picked up by an unknown individual or individuals in a black Kia.

That Kia was located parked in front of a home in the 1300 block of Sloan Avenue in Compton, where several individuals were initially detained.

Sheriff's officials later said those detained individuals do not appear to be responsible for the Paramount homicide.

However, deputies said the Los Angeles Police Department detained another person who they say may possibly be tied to the killing.