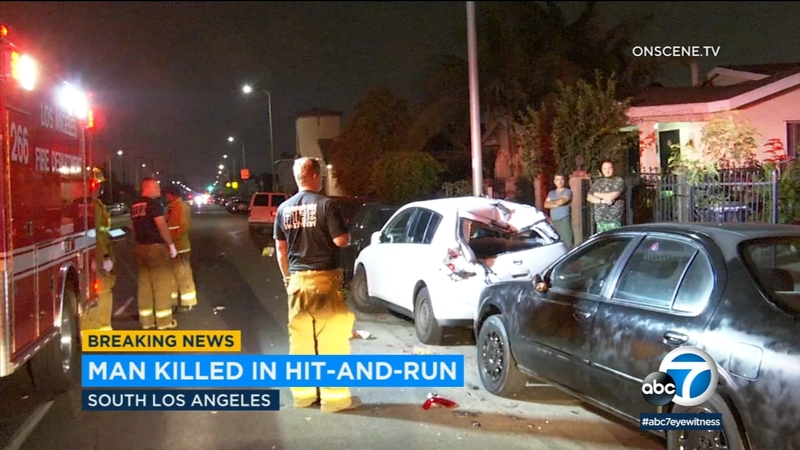 SOUTH LOS ANGELES (KABC) -- A driver is sought after a man was killed in a hit-and-run crash in South Los Angeles early Wednesday morning, police said.

Los Angeles police said the suspect driver fled after hitting the man near Normandie Avenue and 51st Street in the Vermont Square area at about 1:26 a.m.

Police said the man was walking across the street when he was struck. The impact of the hit threw the victim on top of two parked cars, and he was lodged in the middle of them.

No suspect vehicle description was immediately available, although police said there were witnesses.

The identity of the victim was not released.

Video showed firefighters and police at the scene as Normandie Avenue was expected to be blocked off for an investigation.
Report a correction or typo
Related topics:
south los angeleslos angeles countyhit and runfatal crashcrash
Copyright © 2021 KABC-TV. All Rights Reserved.
More Videos
From CNN Newsource affiliates
TOP STORIES