"He was swinging it or pointing it at me, out of frustration, but I was not afraid he was going to shoot me," Heflin said.

Mono died at the hospital after he was shot by sheriff's deputies at his home in Laguna Woods Village.

Heflin, of Laguna Premier Realty, said he grabbed his gun out of ongoing frustration over a home renovation.

"He was quoted a certain amount but then he added more and more to it. Then the price went up higher, so I'm not quite sure what happened but he spent more than he thought he was going to spend," said Heflin.

Heflin had been the real estate agent for Mono and his wife since they moved to the home a year ago.

She believes his anger was building for several months over issues with money, his health and the home. She said he had a temper, but she was never worried, even when he pointed the gun at her.

"'I'm going to shoot so and so's head off,' and he was very upset, and I was very calmly saying put the gun down and he did," Heflin said.

She left the home and said neighbors called 911 after hearing the yelling.

The Orange County Sheriff's Department will only say they were called to a disturbance and a deputy involved shooting occurred.

"I don't know what happened in the house, but I just can't believe he died. I feel very sad this has happened," Heflin said.

Heflin said the community, too, is in shock.

She's heartbroken not only over Mono's death but for his wife.

"He has a good heart, his wife is wonderful and I don't think they ever intended any of this to happen."
Report a correction or typo
Related topics:
laguna woodsorange countyshootingdeputy involved shootingman killedorange county sheriff's department
Copyright © 2021 KABC-TV. All Rights Reserved.
RELATED 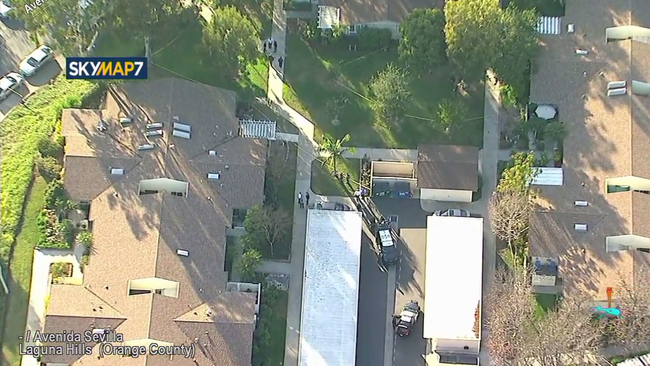