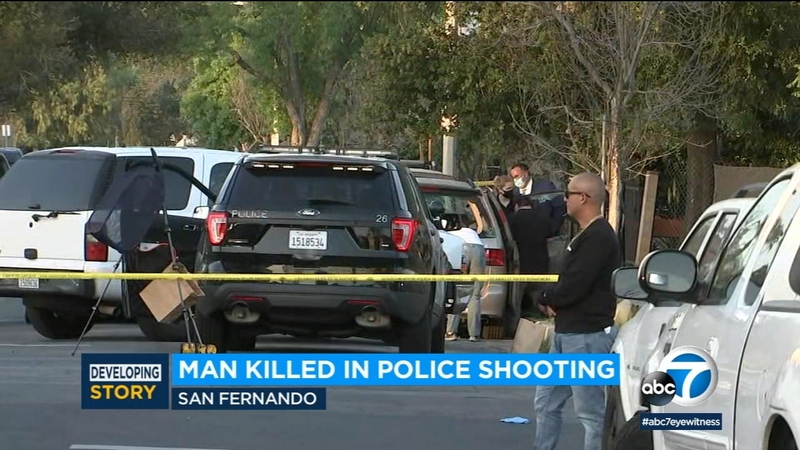 San Fernando police officers responded to the 400 block of Harps Street just before 11 p.m. Saturday after receiving a call of shots fired.

Officers found a suspect and vehicle matching the description given by an informant, according to police. When they attempted to contact the man seated in the vehicle, police say he was uncooperative and fired at officers, prompting an officer-involved shooting.

The man, who has not been identified, was pronounced dead at the scene. No officers were injured.

Video from the scene shows police pulling the lifeless man out of his van and handcuffing him. The van's windows were shot out.

Family members say the man had a bottle in his hand, not a gun. Relatives are calling for the Los Angeles County Sheriff's Department to thoroughly investigate the incident.

"We just don't understand, as a family we come and ask questions because we want to know. And everyone we talk to, no bodycams, no nothing," said Justin Griffin. "As a community, we look to the people that protect us, and we wanna know the truth -- we deserve to tell the truth.. Which is why we believe every officer should be wearing a bodycam."

The sheriff's department has not yet said if a gun was recovered at the scene.