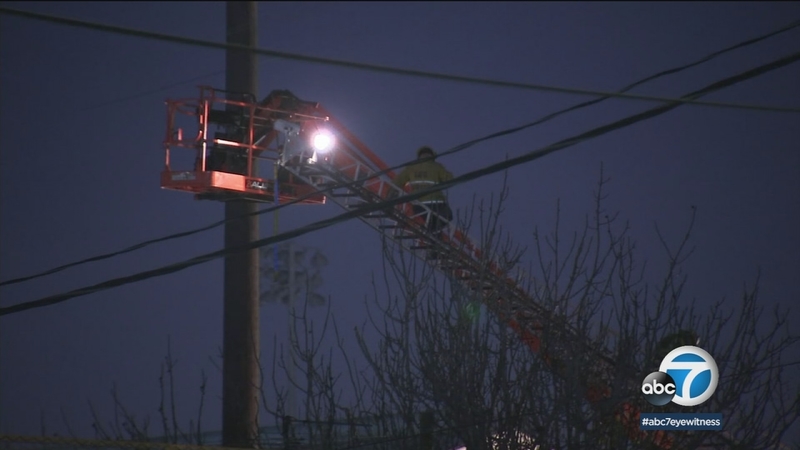 Los Angeles Fire Department officials said the entire boom was energized with electricity when it made contact with the power line.

Witnesses said they heard an explosion and screams. Michael Montenegro said his landlord heard it first.

"I heard screaming, I ran out and I saw the entire thing was engulfed in flames and I just told her to call 911," he said.

A man believed to be 22 years old died in the boom basket. Witnesses said it appeared he and the basket were on fire after the electric shock.

A second individual, believed to be a 17-year-old male, jumped out from the boom and fell about 15-20 feet onto a metal roof. He was transported to a local hospital in fair condition.

Firefighters had to wait for more than two hours until Los Angeles Department of Water and Power crews came out to turn off the power before they could get to the 22-year-old man.

But resident Stephanie Aguirre said the man who died worked at a towing company. She said he thinks he was playing around with the boom basket and that's when the deadly accident happened.

Authorities said CALOSHA will be contacting the owner of the basket crane to figure out what happened.