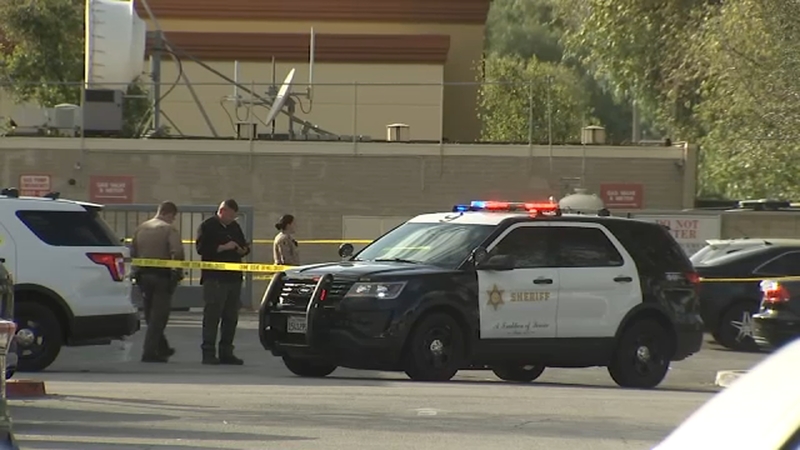 SANTA CLARITA, Calif. (KABC) -- A suspect is dead after a deputy-involved shooting on Sunday in the parking lot of a sheriff's station in Santa Clarita, officials say.

The shooting happened around 2:30 p.m. outside of the Los Angeles County Sheriff's Department Santa Clarita station near Magic Mountain Parkway and Valencia Boulevard.

Officials say deputies were confronted by a man armed with a semiautomatic handgun as the deputies were driving out of the station's parking lot. Deputies ordered the man to drop his gun, but he refused.

A deputy fired two rounds and struck the suspect.

The man was transported to a hospital where he died.

Authorities determined there was no other gunman. No additional information was immediately available.

ADVISORY: There is police activity in vicinity of our sheriff’s station re: an incident that occurred but please be assured there is no danger to the public at this time. No outstanding suspects. The area will remain closed off as investigation is underway. @santaclarita @lasdhq

Investigators say the suspect is a 32-year-old with no criminal record and are working with the man's family.