KABC
By Anabel Munoz
SILVER LAKE, LOS ANGELES (KABC) -- A customer recalled the terrifying moments he was separated from his girlfriend and witnessed the chaos that erupted during the deadly Silver Lake Trader Joe's hostage situation.

Matthew Foley, who was a customer, managed to run out but ended up separated from his girlfriend Chloe Acerol, who hid in the bathroom.

"I stayed in touch with her the whole time. I called her and she didn't answer at first and I was freaking out. I left her a voicemail like, 'Please, dear God, answer me,'" he said.

Foley and Acerol texted each other as the suspect barricaded himself inside for about three hours. In the first moments, store manager Melyda Corado, 27, was shot and killed after being struck by an officer's bullet.

Authorities released dashcam and body camera footage that showed the dangerous pursuit that led to the suspect crashing into a pole in front of the market. That suspect ran into the store, opening fire, which led to the fatal shooting of Corado.

"I'm very saddened that anybody died. I'm horrified that Mely died. I know that Mely Corado is her name. I know that it could have been me or anybody else," Foley said.

He still struggles to understand why an innocent bystander was killed and wonders if anything could have been done differently.

On Tuesday, Los Angeles police Chief Michel Moore called the situation a heartbreaking reminder of the split-second decisions officers must make every day. He offered his condolences to Corado's family.

"To her family, and to everyone who knew her, I know that it is every officer's worst nightmare to harm an innocent bystander during a violent engagement," he said.

Foley said he sends peace to everyone who was affected by the tragedy.

The suspect, 28-year-old Gene Evin Atkins, was charged with murder and 30 other counts. He appeared briefly in court for his arraignment, which was rescheduled to Aug. 14. His bail was set at nearly $19 million.
Report a correction or typo
Related topics:
silver lakelos angeleslos angeles countywoman shothostagelapdcustomerofficer involved shootingdashcam videotrader joe'swoman killedbody cameras
Copyright © 2020 KABC-TV. All Rights Reserved.
RELATED 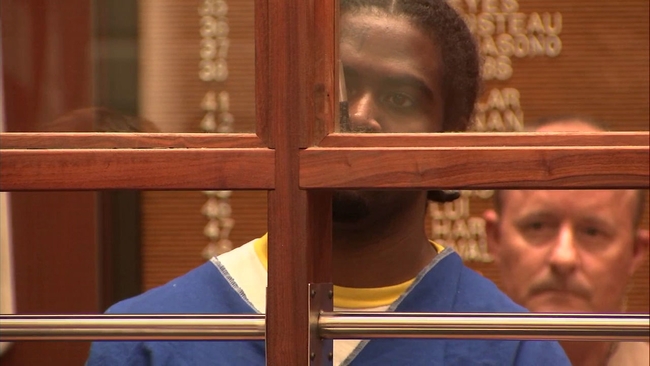 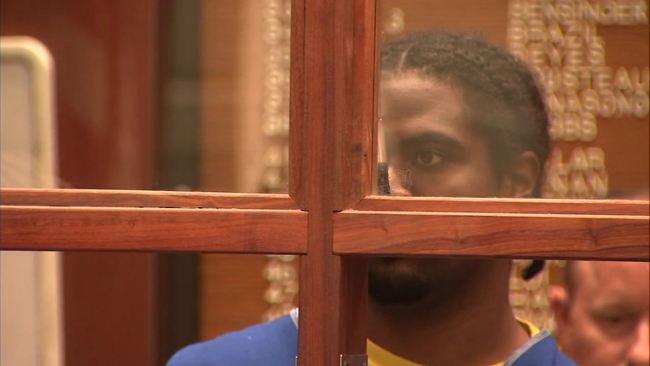 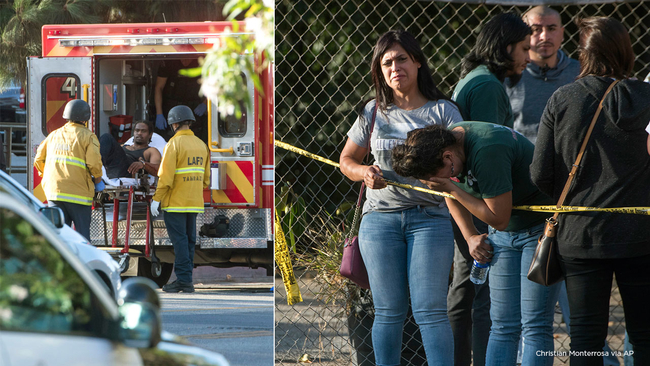