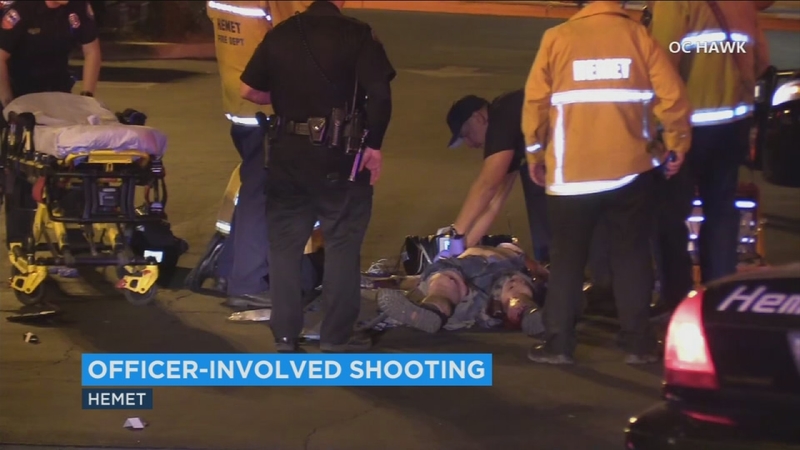 Police responded to the call outside a Target store in the 3500 block of W. Florida Avenue at about 6:30 p.m. and found a man brandishing a knife.

They said he refused to drop the knife after several requests by officers before he aggressively advanced toward police and an officer-involved shooting occurred.
No officers or bystanders were injured.

The officers immediately provided medical treatment at the scene until they were relieved by medical personnel, police said.

The suspect was transported to a nearby hospital and treated for his injuries, which were not life-threatening, according to Hemet police.

The suspect's identity was not released.