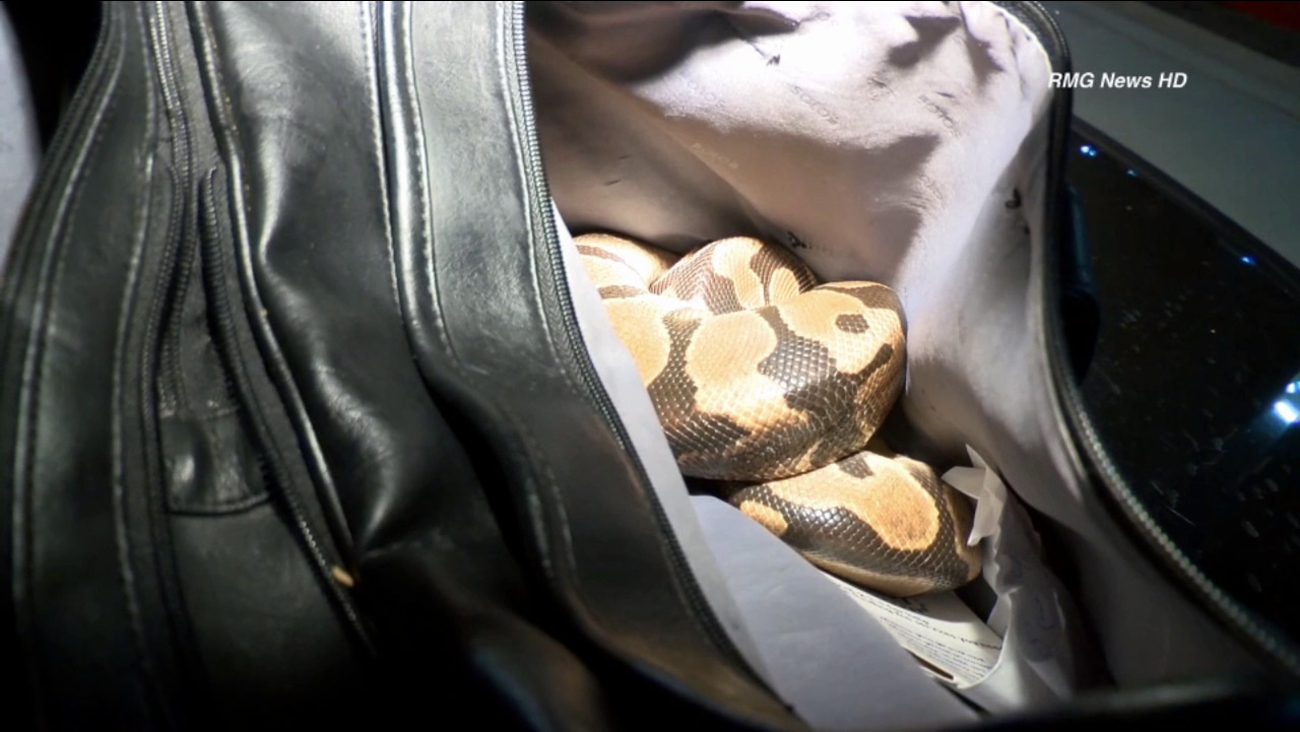 A snake was found inside a man's bag after he was knocked off his bike by a car in the Harbor Gateway area on Monday, June 10, 2014.

TORRANCE, Calif. -- Investigators in Torrance were surprised to find a snake inside a man's bag after he was knocked off his bike by a car Monday night.

The accident happened around 8:50 p.m. at 226th Street and Western Avenue in the Harbor Gateway area.

According to investigators, it appears the bicyclist did not stop at the intersection. The driver of the vehicle stopped after the crash and was not cited.

The cyclist was taken to Harbor-UCLA Medical Center with broken ribs and a broken collarbone.

Officers investigating the accident at the hospital found the 3-foot python curled up in the front pocket of the bicyclist's bag. The python was handed over to animal control officials.