3 killed, 3 others injured, including child, in violent 4-car crash in Manhattan Beach

Investigators say at one point, one of the vehicles crashed into a nearby building.
KABC 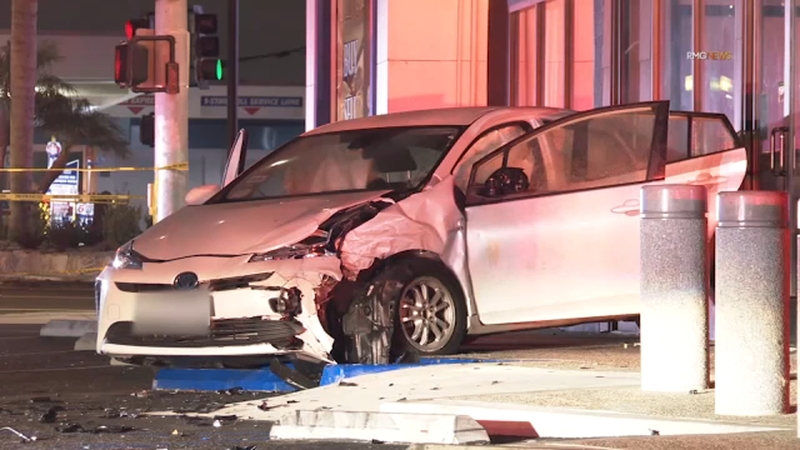 3 killed, 3 others injured in violent 4-car crash in Manhattan Beach

MANHATTAN BEACH Calif. (KABC) -- A violent crash in Manhattan Beach claimed the lives of three people and injured three others, including a child, according to police.

It happened at the intersection of Marine Avenue and Sepulveda Boulevard just before 11 p.m. on Tuesday.

Police say a total of four vehicles were involved in the crash, though it's unclear what caused it. Investigators say at one point, one of the vehicles crashed into a nearby building.

Two men and a woman were killed and three others were sent to the hospital in unknown conditions. Among those hospitalized was a child, according to police.

The impact of the crash left a trail of debris along the streets.

As of Wednesday morning, Sepulveda Boulevard was still closed as officers continued their investigation.