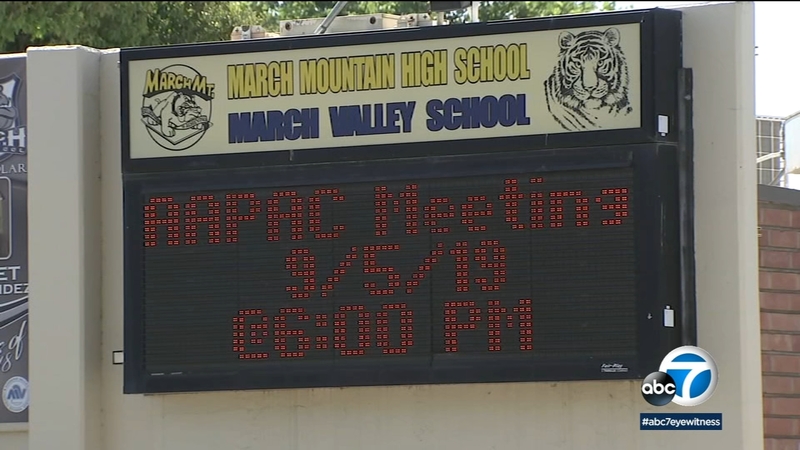 MORENO VALLEY, Calif. (KABC) -- Dead mice and roaches were found Friday during a routine inspection at the cafeteria of a Moreno Valley school, which was ordered to stop preparing food.

March Mountain High School's cafeteria will have to pass a re-inspection before it can resume food preparation after a Riverside County health inspector found the dead mice and roaches.

In the meantime, March Mountain High School can only serve pre-packaged food.

Another inspection is scheduled as early as Tuesday, according to the report.

Velasco said in the statement the school's food will be prepared at the district's central kitchen and will be delivered pre-packaged while the restriction is in place.

The school received a B grade and a score of 89, which is considered by the county's Department of Environmental Health as not a passing grade.

"At this time the facility failed to meet minimum health standards with a score of 89=B," the report said.