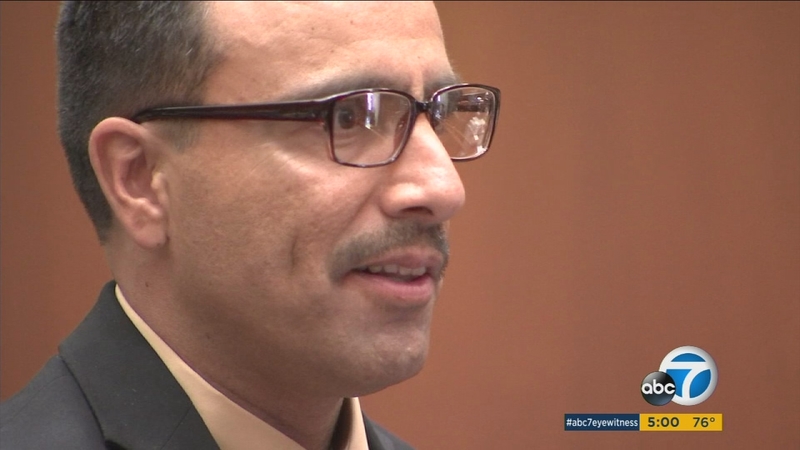 Man freed after 20 years in prison for wrongful conviction

LOS ANGELES (KABC) -- A man who spent about half of his life behind bars is freed after being found innocent of a crime he didn't commit.

Barely keeping it together, Marco Contreras spoke for the first time as a free man. His 20-year wrongful imprisonment nightmare was finally over.

"I would like to say thank you very much to all of you," he said.

Contreras, now 41, had been serving a sentence of life in prison plus seven years for an attempted murder. It all stemmed from a shooting and robbery at a Compton gas station in 1996.

The district attorney was alerted by Loyola's Project for the Innocent, who found multiple missteps and confusion in the case. It turns out Contreras's brother was involved in the case and served two years for his role in what turned out to be a botched murder-for-hire.

The main suspect named in court papers had looked similar to Contreras.

"In fact, other third-party suspects have been arrested and charged in this case," L.A. County Deputy District Attorney Bobby Grace said.

In the hall of the courthouse, Contreras had a family reunion. A hug from his mother, who said she knew he was innocent. His father from Jalisco also joined in the celebration.

They knew Contreras had no record of committing any offense at the time of his arrest. Also, while his car was used at the gas station as a getaway car, Contreras was home asleep.

"At first I was frustrated then I had to refocus to continue to appeal my case," Contreras said.

The turning point was when the project found faulty eyewitness identification and information about a different suspect.