Action News has obtained a police report that reveals more about a Visalia teacher's frame of mind when she took scissors to one of her own student's hair last week.

VISALIA, Calif. -- KABC's sister station KFSN-TV obtained a police report that reveals more about a Visalia teacher's frame of mind when she took scissors to one of her own student's hair last week.

The incident was caught on video.

In an interview, College of the Sequoias police asked University Preparatory High School science teacher Margaret Gieszinger if she knew how scary last Wednesday's incident was for her students.

In a video that has gone viral, Gieszinger can be seen forcibly cutting a male student's hair while loudly singing the national anthem, and then grabbing another student's hair with scissors raised in the air.

The student who had his hair cut has since hired a Fresno lawyer to look into the case, who says his client has not returned to school.

Gieszinger told police she had intended to give a haircut to a foreign exchange student in the class, who was also living at her home.

"She said that she had to do it for (the foreign exchange student) who had been acting like 'a ding dong,'" the report says. "She said that she was sorry that (the other student's) hair got cut, but that it was already done."

Gieszinger also denied that what she did was over the top, and told police she got tired of the "ridiculous behavior."

After the incident, the school's principal said Gieszinger told him she was having a haircut day because there had been issues with cellphones.

He sent Gieszinger home, took statements from students who were in the class, and also answered police questions.

"He advised that he had received some complaints on Monday from students and a parent about her actions toward getting students to not use their cellphones in class," College of the Sequoias Police Chief Kevin Mizner wrote in his report. "(The principal) spoke to her on Monday afternoon and again on Weds morning before class. He said that she appeared a bit anxious that morning, but nothing that caused him any concern."

"There's some conflict, and she's reacting to it in a strange way," said the student's attorney, Mark Vogt. "My reaction is that probably was some cause of concern there."

The girl who had her hair grabbed told police Gieszinger was a little weird and does quirky things but was very nice.

The police report also lists items Exeter Police collected from Gieszinger's home that day: A purse with hair in the front pocket, two pairs of scissors, including the one used in the incident, and some hair found in a bathroom drawer.

Gieszinger has been charged with six misdemeanors, including cruelty to a child and false imprisonment.

She's out of custody right now but will be back in court next week.

The Tulare County Office of Education says she will not return to her classroom at University Preparatory High School (UPHS). 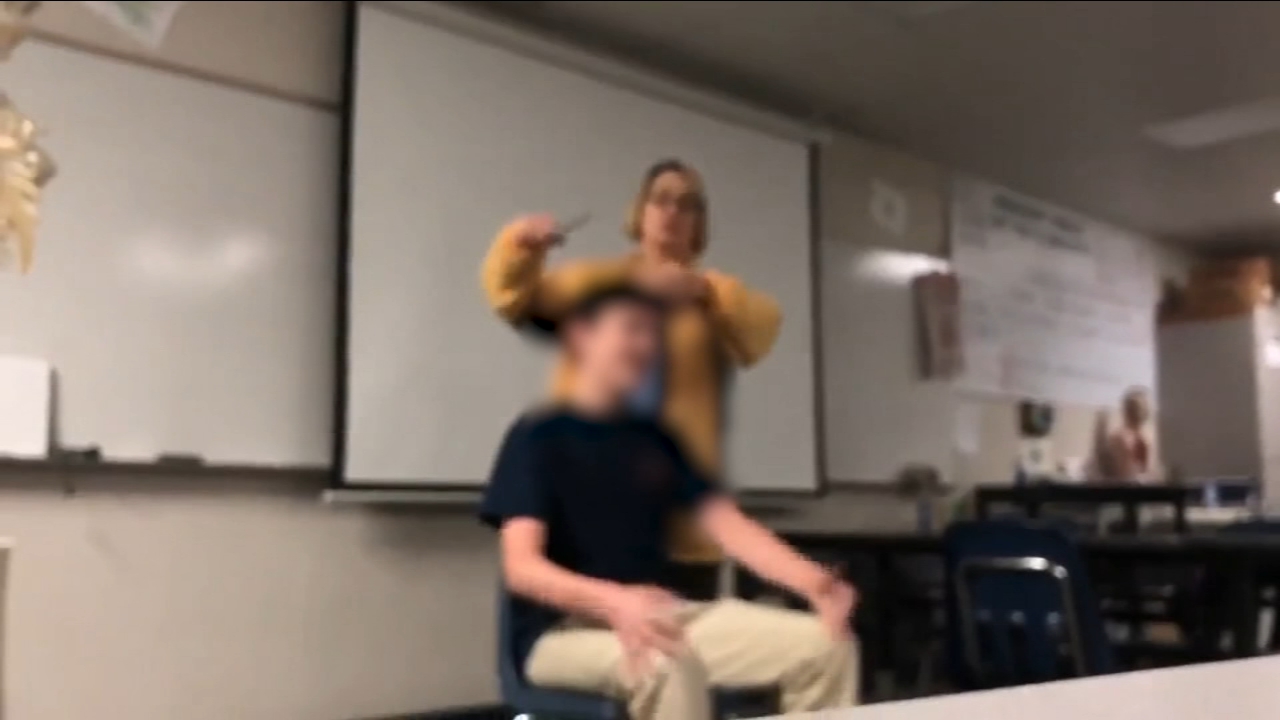