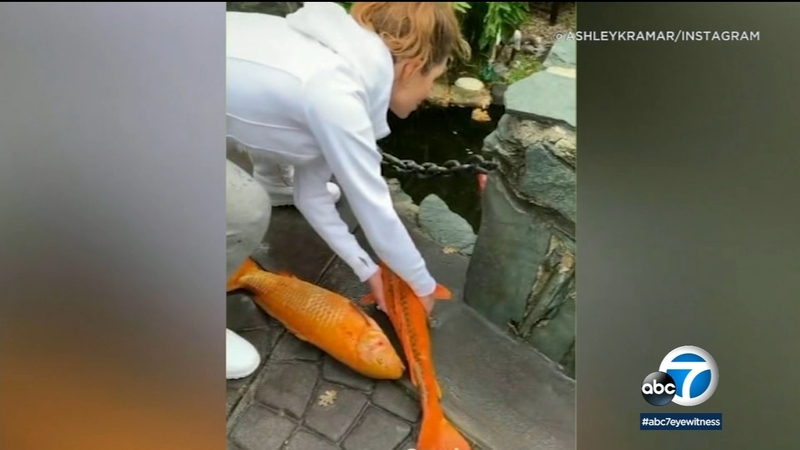 Maria Menounos comes to the koi-fish rescue on Christmas Eve

Menounos discovered that her neighbor's koi pond became flooded by a nearby reservoir and sent more than 60 fish into the street.

She said her street was flooded with dozens of them and she worked with neighbors to try and save as many as they could.

Her neighbor, Murray Siegel, a World War II veteran who collects koi fish as a hobby, had his koi fish washed out of the pond by a water main break above his property.

"It was one of the saddest things ever to see all those fishies dead...those beautiful fish. Just another day in the neighborhood," Menounos said.

Menounos posted the drama on social media as neighbors rushed to save the animals.

Siegel, who is turning 95 soon, has been collecting the koi fish for the last 25 years. He had nearly 65 fish in the pond and had named many of them.

About a dozen fish were saved, but Siegel said he will rebuild his pond.