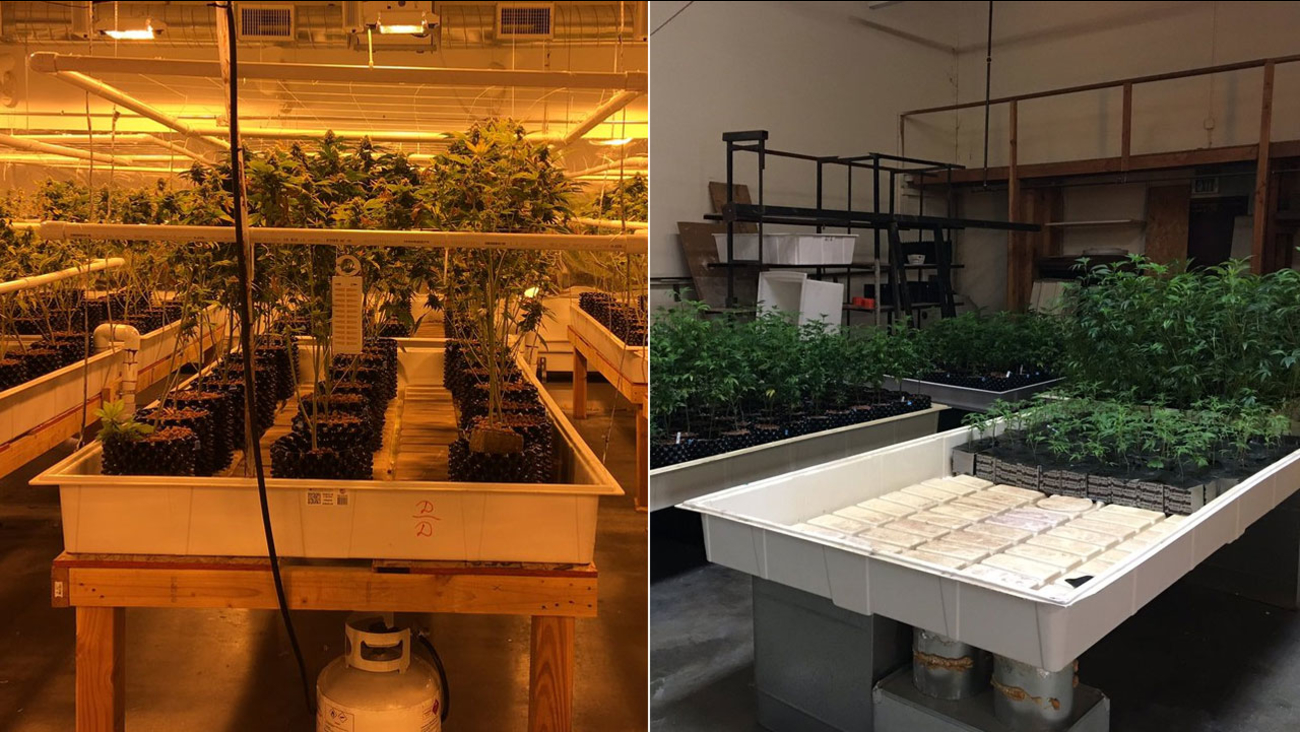 LOS ANGELES (KABC) -- Narcotics investigators seized $6.1 million in marijuana in unincorporated Los Angeles - a bust police say was made possible in large part due to tips from the public.

Los Angeles County sheriff's officials from the Narcotics Bureau served a search warrant at a warehouse in the 200 block of West 134th Street at around 7:30 a.m. Wednesday.

Authorities said the search was part of a follow-up investigation from tips obtained from civilian informants.

Authorities said they discovered a large and sophisticated marijuana growing operation inside the warehouse, where they found 2,700 live plants and 20 pounds of finished marijuana product. The combined street value of the seized marijuana was estimated to be around $6.1 million.

Two people, who were living in the warehouse, were arrested for the cultivation of marijuana and booked at the Century Regional Detention Center. The suspects are being held in lieu of $50,000 bail.

"These arrests are a prime example of the sheriff's department's partnering with the community to solve problems," said Capt. James Wolak with LASD's Narcotics Bureau. "Crime Stoppers allows the community to report crime in a safe an anonymous fashion."