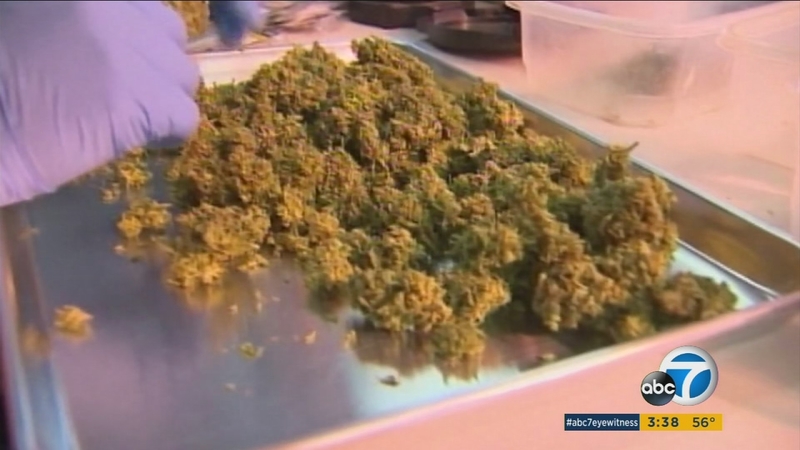 LOS ANGELES (KABC) -- Since Proposition 64 passed, many Californians have assumed that all sales and use of marijuana have become legal.

But in fact, recreational sales don't become legal until next year.

There is additional confusion over what's legal and what isn't.

"When Prop. 64 passed, all the personal rights kicked in the next day," said Brooke E. Staggs, a reporter with The Cannifornian, a California-based marijuana information site. "That means anyone 21 and over can have up to an ounce of marijuana. You can grow up to 6 plants per home. But what did not become legal overnight was selling marijuana."

Staggs said a lot of dispensaries that were selling marijuana for medical use have now begun selling it recreationally, even though they shouldn't be. Some of them are allowing people to just walk in, show proof of age and make a purchase.

But the state isn't expected to hand out business licenses for recreational marijuana until January 2018, she said. It is expected to involve detailed regulations and permit requirements, so those looking to get into the business should start studying now, she advised.

In the meantime, to legally purchase now you still need a medical marijuana card. But someone with a card can legally give up to 1 ounce of marijuana for free, she noted. And people can grow the plants at home as well.