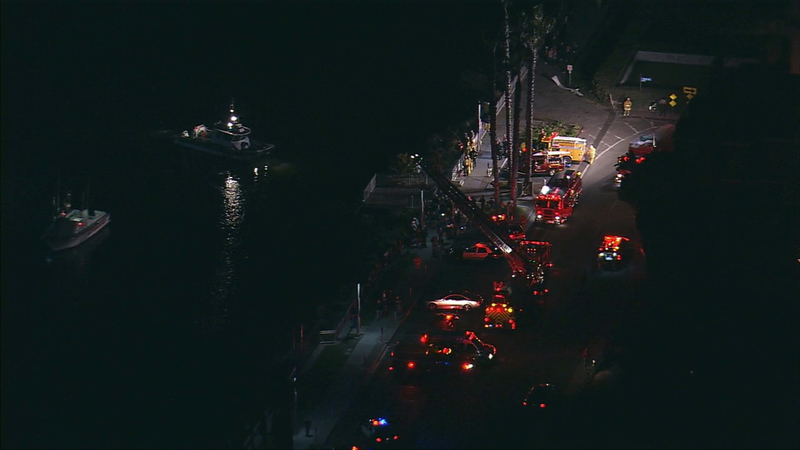 MARINA DEL REY, Calif. (KABC) -- Rescues crews successfully pulled a car from the water in Marina del Rey after officials said it was involved in a hit-and-run on Tuesday.

The Los Angeles Police Department said the car was involved in a hit-and-run at about 9:50 p.m. before it went into the water near 5521 S. Pacific Ave.

Two to three men were seen getting out of the water and running from the scene, police said.

Search-and-rescue teams from the Los Angeles city and county fire departments were called to the scene.

Divers found the car in the water, but said it appeared everyone made it out safely.