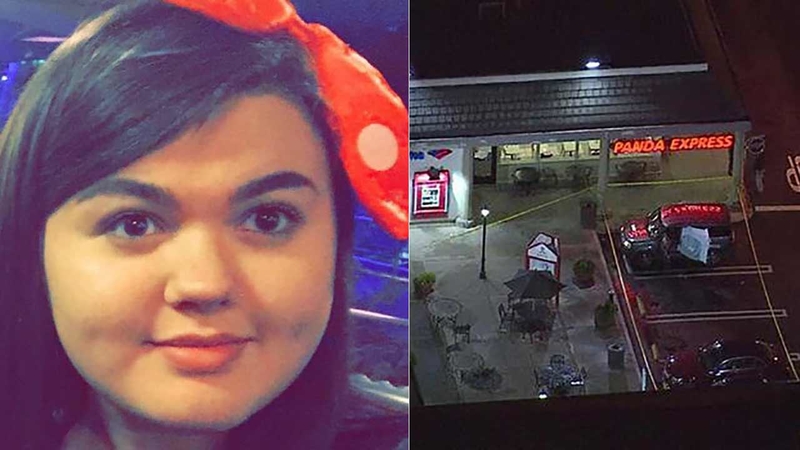 MARINA DEL REY, Calif. (KABC) -- A 17-year-old Texas girl, who was shot and killed in the parking lot of a Marina del Rey shopping center while visiting relatives, has been identified.

The victim was identified Thursday as Kristine Carman, according to Los Angeles County coroner officials.

The shooting was reported at the Villa Marina Marketplace Mall near Maxella and Glencoe avenues around 7:55 p.m. Wednesday.

"This lone suspect walked up on the car, made contact with a group in a parking lot near the car, then fired shots into the car and hit our victim who was in the backseat," LAPD Lt. John Radtke said.

Responding officers found Carman suffering from a gunshot wound inside of the vehicle, Radtke said. She was pronounced dead at the scene.

Radtke said the shooting occurred in the parking lot behind a market in the shopping center, and one of the two people Carman was with then drove the car across the parking lot toward Panda Express.

The suspect was described as a black male. He was last seen wearing a gray hoodie and blue beanie.

Radtke said he took off running across the parking lot following the shooting and may have jumped into a dark-colored SUV.

Her sister, Lacey Carman, set up a GoFundMe account for her sister at gofundme.com/8sbbdcys. On the page, her sister said Kristine was "someone so pure and innocent" who was the second oldest in a family of six.

Further details on what led up the shooting were not immediately released.