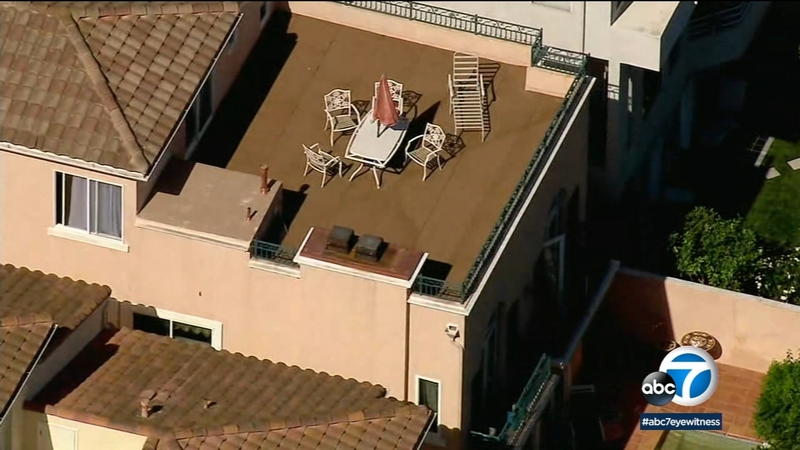 VENICE, LOS ANGELES (KABC) -- It's a neighborhood of sailboats, surf and sand. But now there is a murder mystery in the upscale marina community after a local homeowner suddenly vanished.

The home at 131 Lighthouse Mall located in a neighborhood near the marina called the Silver Strand is at the center of a homicide investigation after its owner, William Webb, was reported missing.

Los Angeles Police Department officials tell Eyewitness News that a burned body that was discovered in a dry lake bed in Joshua Tree on Aug. 16 is believed to be Webb's, who was in his 70s.

"I'm shocked, really shocked," said Eileen Nugent, who lives across the street from the Webb home. "They moved in in 1998 and they've lived here since then and I've been friends with them since then."

Neighbor Marnie Hoffman added: "It's tragic, totally tragic. Mind-blowing that it would go this far, that someone would hurt him to the point of killing him."

Monday morning, a week of police activity around the home culminated in Webb's stepdaughter, Haena Worthing, being arrested in connection to a homicide case.

She's being held on $2 million bail.

Another person was taken into custody as well and two people were arrested last week in connection with the investigation.

"A detective told me there had been foul play and there's a missing person," said neighbor Marvin Hoffman.

Neighbors say they were used to seeing Webb every day and describe him as a friendly, cheerful person who had been in the process of selling his home. That, they say, caused friction between him and wife.

Neighbors have been taking to the app Next Door wondering what had happened to Webb.

"They were taking out boxes out of the garage and then on the same day in the afternoon, there were police detectives parked in front of my garage and they were going through the washer and dryer," said Nugent.
Report a correction or typo
Related topics:
venicemarina del reylos angeleslos angeles countyarrestmurderhomicide investigationhomicidebody found
Copyright © 2021 KABC-TV. All Rights Reserved.
More Videos
From CNN Newsource affiliates
TOP STORIES