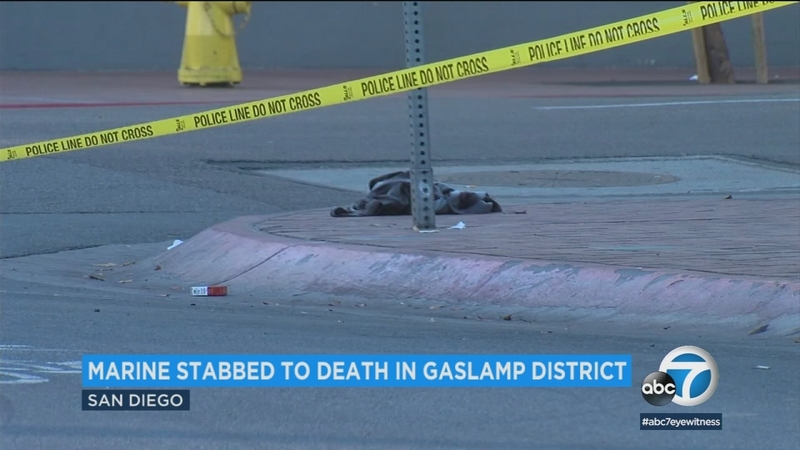 SAN DIEGO (KABC) -- A Camp Pendleton-based Marine was killed and another man was wounded in a double-stabbing early Friday morning in the Gaslamp Quarter of downtown San Diego, authorities said.

The assailant remained at large after the fatal stabbing, which was reported by a 911 caller shortly after 1:30 a.m. near Island and Sixth avenues, according to the San Diego Police Department.

"The victim was stabbed on the south curb line of 500 Island Avenue, then walked across the street and collapsed on the north curb line," said police Lt. Todd Griffin, who confirmed that victim was stationed at Camp Pendleton. The Marine's name was not immediately released.

The Marine died at the scene after suffering a stab wound to his upper body, the lieutenant said.

While tending to the Marine, authorities were alerted to another stabbing victim about one block away. The second victim, injured in the same brawl between two groups, was transported to a hospital and expected to survive.