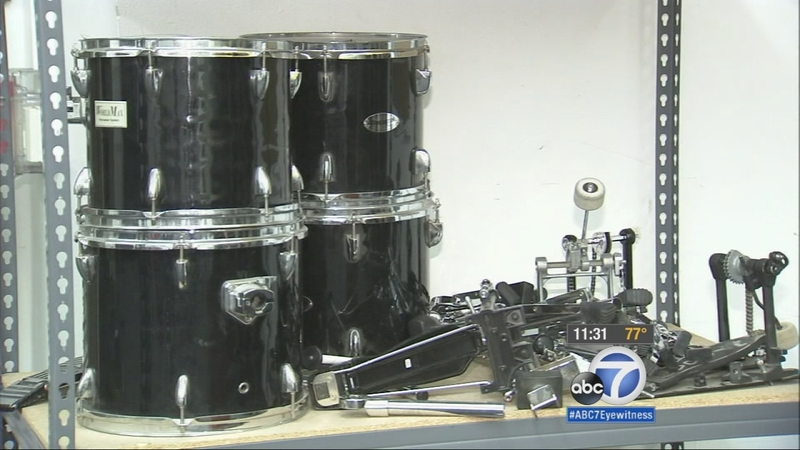 The band was set to appear at the All-District Music Festival Friday and perform at Disneyland on Saturday.

School staffers have been scrambling ever since the theft, begging and borrowing to find replacement instruments for the performances.

Police are checking the school's surveillance video to try and track down the thieves.

Some kids say they don't understand why the thieves targeted them.

"I don't know why they stole them, because it doesn't really make sense," said a band member.

Help is pouring in from the community. Even a well-known music producer who lives in the area is chipping in.

You can help the school by donating money. A Go Fund Me account has been established by the band's booster club.

Despite the burglary, the band plans to play on. The band director said he was able to find enough instruments, so the students will likely be able to play at the scheduled events.

If you have any information about this case, you're asked to contact the Pasadena Police Department.