WTVD
By Kaylee Merchak
ANNAPOLIS, Md. -- Just hours after a gunman opened fire on employees of Maryland's Capital Gazette, the paper band together to honor the five lives lost.

Police said alleged shooter Jarrod Ramos, 38, fired a shotgun and armed smoke grenades at staffers, killing five, and was then swiftly taken into custody by officers who rushed into the building.

RELATED: Identities of all five victims of Annapolis shooting released

After the tragic loss, the paper took to Twitter to honor each victim:

Gerald Fischman’s personality was so quiet and withdrawn that it hid the brilliant mind, wry wit and “wicked pen” that his colleagues would treasure. https://t.co/mGrc90BNMV

Rob Hiaasen’s wryly observant writing style and his generous mentoring of young journalists assured him of roles in several newsrooms, including the Capital Gazette. https://t.co/ZLZWHtp8nQ

John McNamara was remembered by his colleagues for his flexibility, concise writing and extensive knowledge of regional sports. https://t.co/YRBlOyDX6E

Rebecca Smith was a recent hire at the Capital Gazette but had already proved herself a valuable asset. https://t.co/OdHehI3lQY

After a career in fashion and public relations in New York City, Wendi Winters built a reputation as a prolific freelance reporter and well-known community resource at the Capital Gazette. https://t.co/IHfo7ZIkWd

And while still trying to piece together what happened, the staff refused to let the incident stop them from going to print the next day.

The five victims featured above the fold -"5 shot dead at The Capital."

Amid months of verbal and online attacks on the "fake news media" around the nation, the paper took a stand, leaving their Opinion section "blank."

"Today, we are speechless. This page is intentionally left blank today to commemorate victims of Thursday's shooting at our office: Gerald Fischman, Rob Hiaasen, John McNamara, Rebecca Smith, Wendi Winters. Tomorrow this page will return to its steady purpose of offering our readers informed opinions about the world around them that they might be better citizens."

Tomorrow this Capital page will return to its steady purpose of offering readers informed opinion about the world around them. But today, we are speechless. pic.twitter.com/5HzKN2IW7Q

While authorities are still investigating Ramos' motives, Tom Marquardt, former editor and publisher of the paper, told ABC News that Ramos filed a defamation lawsuit in 2012 against the paper following a story about a stalking case in which Ramos was the defendant.

Capital Gazette shooting suspect Jarrod W. Ramos, 38, filed a defamation lawsuit against the paper and a columnist in 2012. https://t.co/GN67m4uyLE

"He represented himself and took advantage of the legal system to keep the case alive for a long period of time during which he sued lawyers, judges, anybody who crossed his path and disagreed with him," Marquardt said.

Capital Gazette plans to carry on with their journalistic duties while carrying those lost along with them.
Report a correction or typo
Related topics:
marylandcrimedeadly shootingannapolis shootingmass shootingwoman killedu.s. & worldman killed
Copyright © 2021 WTVD-TV. All Rights Reserved.
ANNAPOLIS SHOOTING 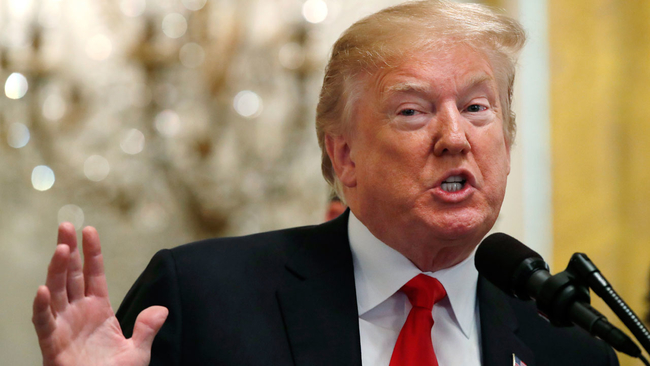 Trump orders US flags lowered to honor 5 slain at newspaper 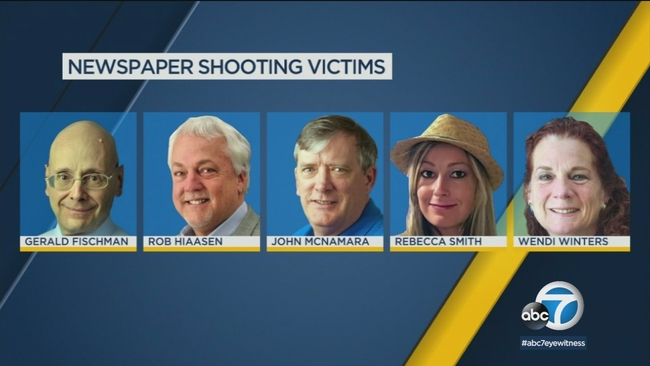