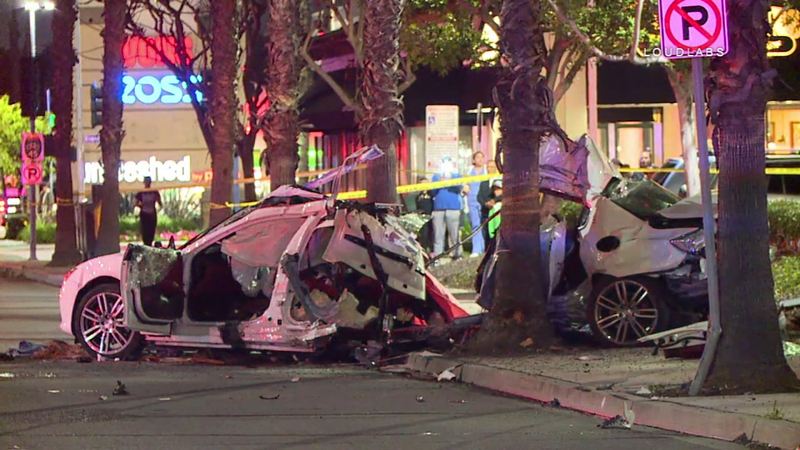 LONG BEACH, Calif. (KABC) -- One man is dead and another is in critical condition after being ejected during a violent single-car crash in Long Beach that left a Maserati in two pieces.

Police said the accident happened about 6:55 p.m. Friday when a Maserati collided with a palm tree off Los Coyotes Diagonal and Outer Traffic Circle, causing two people to be ejected.

One man was dead at the scene and a second man was taken to the hospital in critical condition, authorities said.

"I heard a big crash, I turned around and there was a car that had spun out and split in two, and there was a body hanging out and it was a very, very serious accident," said one woman who didn't want to be identified.

Authorities say one of the two men inside the newer model Maserati, a passenger, died at the scene.

The driver was transported to a hospital in critical condition.

Long Beach police say they haven't determined if drugs or alcohol were a factor in the collision.

"We have no indication at this point that it was street racing, and speed is a factor," said Long Beach Police Sgt. James Richardson.

"Oh my gosh, all the time, and I'm always calling it in because my kids are so little that I don't even let them out walking anywhere because it's so scary," said Andrea Armstrong.