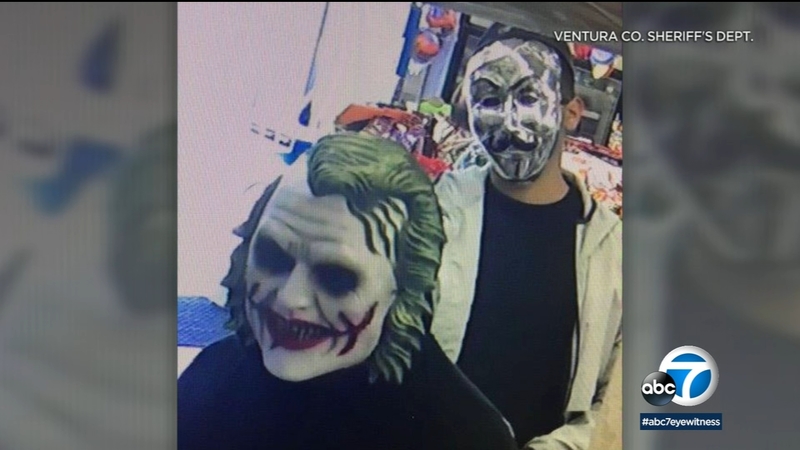 Earlier this month, two suspects wearing masks entered the store on the 2400 block of Roosevelt Boulevard in the beach community of Silver Strand, according to the Ventura County Sheriff's Office. They then threatened the store clerk with a baseball bat and demanded money, alcohol, tobacco and lottery tickets, authorities said.

An off-duty Ventura County probation officer who was in the area recorded them fleeing from the scene in a stolen vehicle.