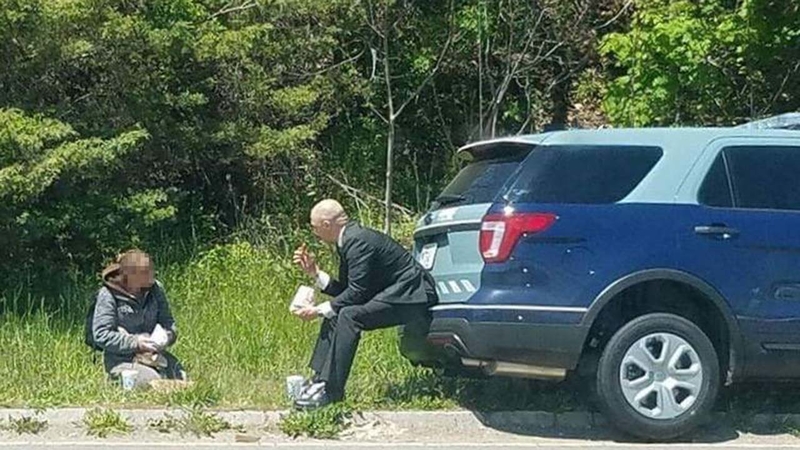 In the Facebook post, police said trooper Luke Bonin was the officer eating lunch with a panhandler in Fall River, Massachusetts.

Police said after they reached out to Bonin about the picture, Bonin said he was surprised someone had taken his photo.

Bonin said he had just left court when he drove by the woman who was holding a sign and asking for help. Bonin stated he passed the woman and went to get two meals before returning.

Police said the woman believed Bonin was there to remove her from the side of the road, and she immediately told him she would leave.