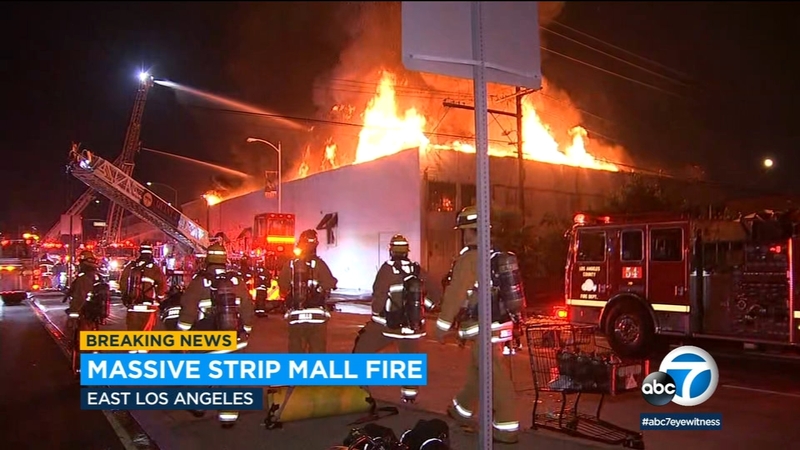 Crews with the L.A. County Fire Department were first called to the scene in the 4700 block of East Whittier Boulevard around 8:30 p.m.

By that time, roughly half a dozen stores at the strip mall were fully engulfed in flames.

Eighteen engines were brought to the scene and crews were forced into defensive mode as they battled the 3-alarm fire.

No injuries have been reported so far and crews reported progress being made on the blaze.

The extent of damage was not immediately available.

Some residents recall shopping at the businesses that once occupied the units burned by the fire, which sold things like clothing and discount items.
"It was a huge fire. Some people were commenting that they used to come to this store when they were little kids," said Garcia. "That it was like part of the history, part of the Hispanic history."