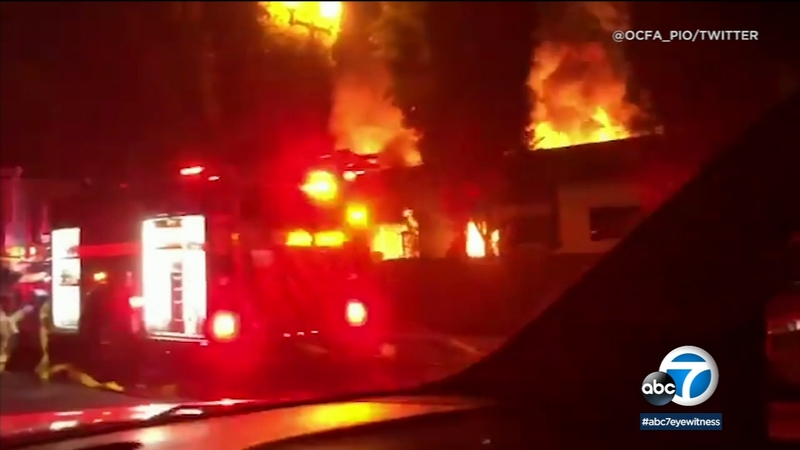 The three-alarm blaze broke out shortly after 5 a.m. in the 1900 block of East Carnegie Avenue, just east of John Wayne Airport.

More than 50 firefighters responded to the scene, where massive flames shot up through the roof of the structure.

For two hours, firefighters worked to extinguish the inferno using a defensive method, fighting only from the exterior.

The fire was contained to one building, according to the Orange County Fire Authority. Officials said one unit in the building, which housed an engraving business, was a total loss.