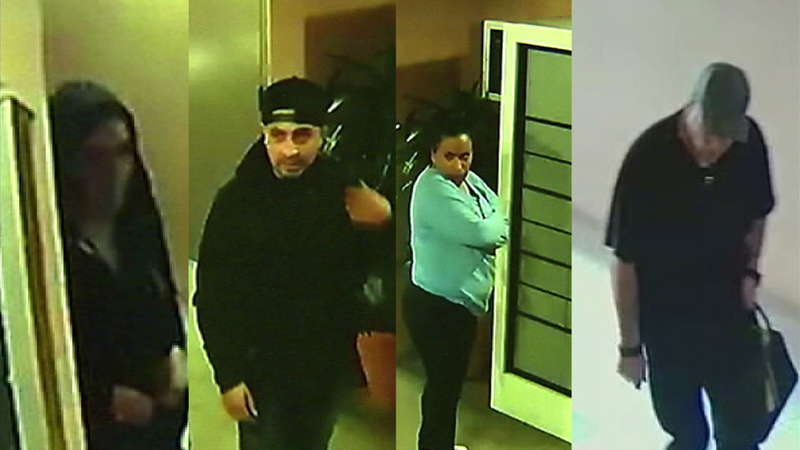 TOLUCA LAKE, LOS ANGELES (KABC) -- An apartment complex in Toluca Lake has been victimized multiple times by thieves who apparently used a post office master key to enter the building and open up mailboxes.

Two thefts targeting the complex in the 4300 block of Cahuenga Boulevard were caught on video. But each seemed to involve different suspects.

The homeowners' association says there is one master key and somehow more than one thief has apparently gotten their hands on it.

The most recent theft was early Tuesday morning.

Two women and a man were seen on video entering the complex around 3 a.m. They didn't seem to be aware of the cameras. They nervously look around, open the mailboxes and take at least one item.

Tenant Anne Benson said they didn't have to break in. They used a post office master key, which can open the building's front door as well as the mailboxes.

"We've been invaded," she said. "Someone has taken that key, and either given it to other people or decided to bring some friends along and swipe our mail."

A separate theft was committed on March 22 by a man wearing gloves who appears more aware of the camera.

He is seen opening the mailbox with a bag and rifling through the items.

Tenants are frustrated that the Postal Service has not been doing more to prevent the problem.

"This has been going on, as we're told by the post office, for such a long time that they just sort of shrug."