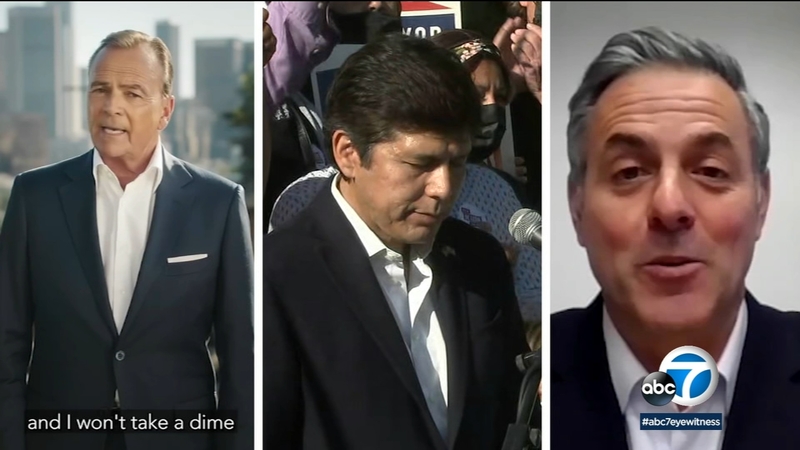 De León and Buscaino submitted their petitions Tuesday and Caruso submitted his Wednesday, according to the City Clerk.

A tentative field of 27 candidates filed paperwork by the Feb. 12 deadline to run for mayor of Los Angeles in the June 7 election. But not all candidates who filed will automatically end up on the ballot. Prospective candidates must gather a minimum of 500 valid signatures from voters, but candidates who collect at least 1,000 signatures will avoid a $300 filing fee.

The official candidate list will be finalized in mid-March after all nominating petition signatures are reviewed.

Besides de León, Caruso and Buscaino, prominent candidates are Rep. Karen Bass, D-Los Angeles, City Attorney Mike Feuer and real estate agent and former Metro board member Mel Wilson. The last three have yet to submit their petitions, but have until next month.

Other candidates who have filed declarations of intent to run are:

-- Chuck Cho, who did not identify with a title;

-- William "Rodriguez'' Morrison, who was a Republican candidate in 2017 for the U.S. House of Representatives for the 34th District and won about 3% of the vote;

-- Jesse N. Forte, who identified himself in paperwork as an "astronaut'' but whose LinkedIn account indicates that he seasonally participates in simulation tests for a space architecture and engineering firm;

-- Chris Gilmore, who identified himself as a business owner; and