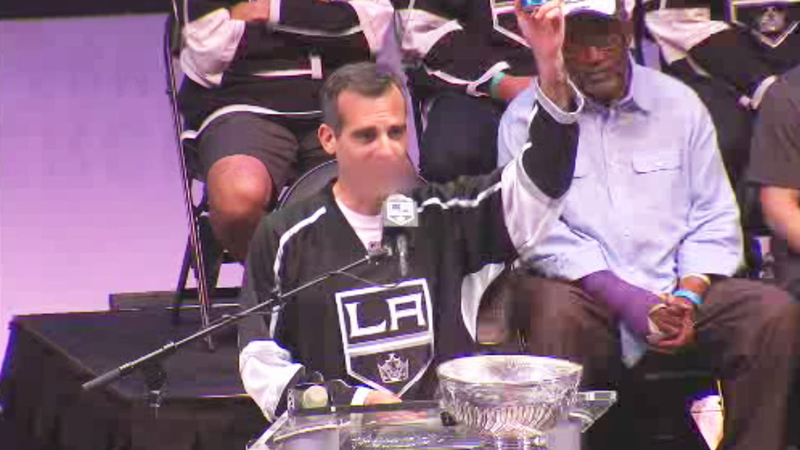 The championship parade started at noon at the intersection of Figueroa and 5th streets. It went down Figueroa Street and ended at the Staples Center. Players, coaches and the team mascot, Bailey, rode on double decker buses with the Stanley Cup. The parade was followed by a rally for fans inside the Staples Center. 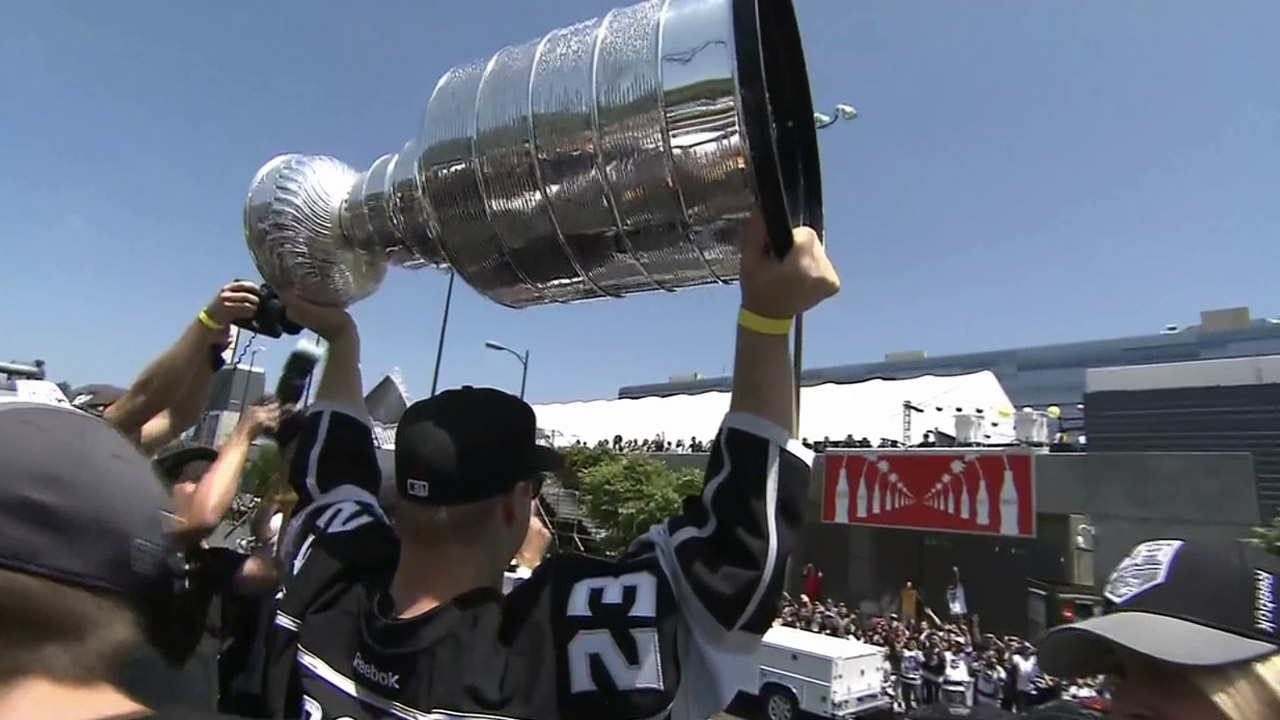