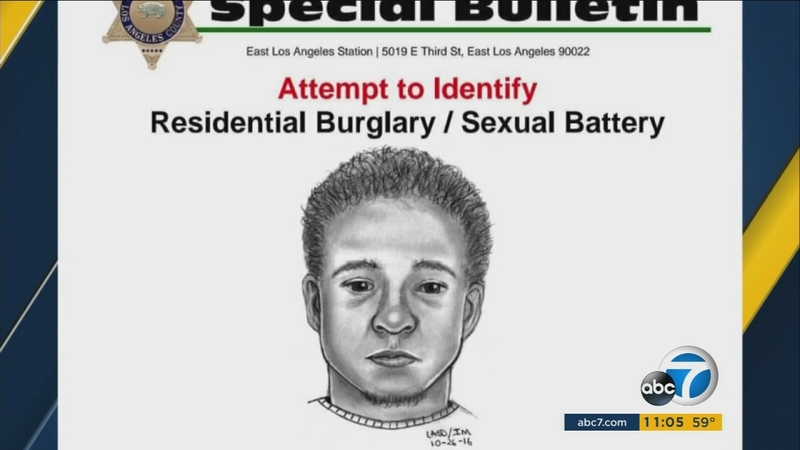 MAYWOOD, Calif. (KABC) -- Los Angeles County sheriff's investigators on Tuesday released a sketch of a suspect they believe is responsible for several home invasions and sexual assaults in Maywood.

Investigators said they hope the sketch will help them find the suspect. Until then, they are trying to figure out if it's the same man who raped a woman on Sunday morning.

Near the intersection of Carmelita and Slauson avenues, a woman in her 30s was home alone and raped by an intruder who broke in while she was sleeping.

"I'm devastated because that's something that she's never going to forget and it's going to mark her life forever," resident Noemi Toscano said.

The attack troubles the community already shaken by the other home invasions in the area over the last several weeks. Other incidents include two women being groped - one of whom is only 13 years old.

"Just to hear that something like this could happen when you're sleeping and you have to take care of your kids - that's scary," Toscano said.