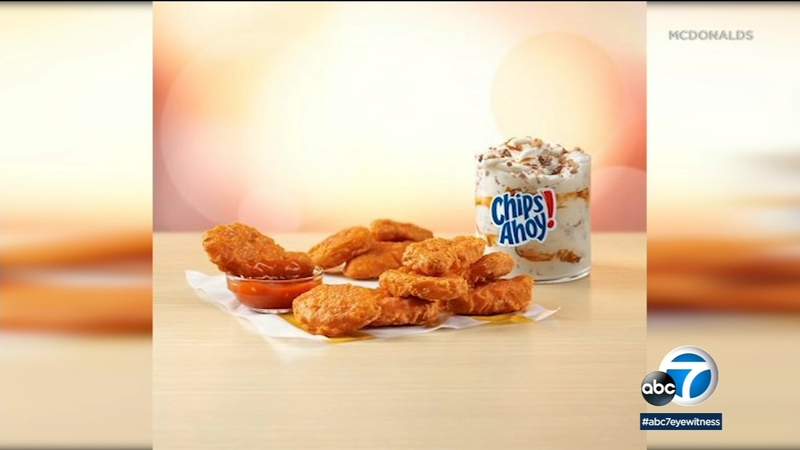 McDonald's is putting a new spin on an old favorite as it tries to lure customers back during the pandemic.

Spicy Chicken McNuggets will hit U.S. restaurants on September 16, for a limited time. It's the first new McNugget flavor in the United States since the item was introduced to the U.S. menu in 1983.

For McDonald's, the new item could be a way to capitalize on America's taste for chicken and create some much-needed buzz. Brands that have gone big on chicken have been rewarded with great sales and loyalty. Popeyes' wildly popular spicy chicken sandwich has boosted the chain's sales. System-wide sales at Popeyes restaurants jumped 24% in the three months that ended on June 30 compared to the same period last year. The brand said on its earnings call that the sandwich had been a big contributor.

Fans of spicy chicken nugget have Chicago-native Chance the Rapper to thank after he pleaded that Wendy's put it back on the menu in a tweet.

Chick-fil-A has been growing steadily for years. And customers have been flocking to KFC. In the United States "we recorded the highest average sales per store in the brand's history during a week in early May," said David Gibbs, CEO of Yum Brands, which owns KFC, during a call with analysts discussing second-quarter financial results. Sales at US KFC restaurants open at least a year jumped 7% in the quarter compared to the same period last year.

McDonald's has plenty of chicken options on its menu, and has tested chicken sandwiches in the past. The new McNuggets have a breaded tempura coating of cayenne and chili peppers. They come with a Mighty Hot Sauce, which includes a blend of crushed red pepper, spicy chilies and garlic. The Mighty Hot Sauce, also available for a limited time, is the company's first new dipping sauce in three years.

"Our customers have been asking for Spicy McNuggets for some time now," said Linda VanGosen, vice president of menu innovation, in a blog post announcing the new item.

Fast food companies use limited-time items to help build buzz around their brands. Right now, McDonald's could use a boost. McDonald's total sales fell 30% in the second quarter compared to a year ago, the company said last month. Net income plummeted 68%.

And it is struggling during breakfast. The meal has been impacted by changes to people's morning routines, particularly commuting, the company explained during an analyst call discussing the company's second-quarter results. It doesn't help that Wendy's, which positioned its own new breakfast offerings as superior to McDonald's offerings, is benefiting from its breakfast menu.

Still, McDonald's is hopeful about a turnaround. In April, sales at US locations open at least a year were down 19%. But sales have been improving steadily since then. In June, they were down just 2.3%, and they "trended up" in July, according to Chief Financial Officer Kevin Ozan.
EMBED More News Videos

A Fresno Police officer paying it forward surprised a man as he went through a central Fresno McDonald's drive-thru to get breakfast on Wednesday morning.