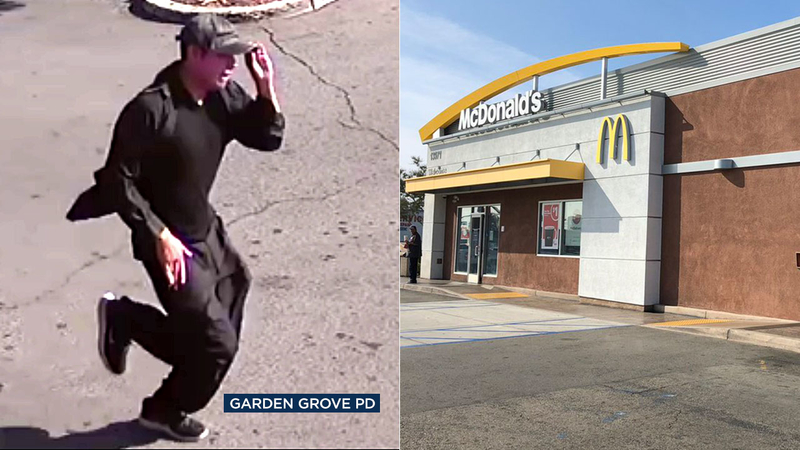 GARDEN GROVE, Calif. (KABC) -- An 89-year-old man was punched and stabbed in the bathroom of a Garden Grove McDonald's, police said.

Investigators are still looking for the suspect who was seen fleeing the restaurant shortly after the stabbing.

Police say the victim was found in the bathroom of the McDonald's in the 13900 block of Harbor Boulevard on Saturday around 10:52 a.m.

He was found with multiple stab wounds to his upper body and was transported to a local hospital with injuries that were considered non-life-threatening. He was listed in critical but stable condition.

The victim had been eating at the fast-food restaurant with friends after going to church. Police say the victim said "Good morning" to the suspect in the bathroom and then as he was washing his hands, he was attacked from behind, punched several times and then stabbed by the suspect.

Police initially thought the stabbing was connected to a robbery, but later said the motive for the attack remains undetermined.

"The guy attacked him from behind, never said anything to him," said Garden Grove police Lt. Carl Whitney. "We don't know if the motive was robbery but we know this was totally unprovoked."

Police looked at surveillance video and saw a man leaving the bathroom shortly after the victim entered and then running out through the parking lot. He got into a car and fled the area.

"For an 89-year-old man to go to the restroom and just be attacked like this and be stabbed numerous times, it's a senseless crime," Whitney said.