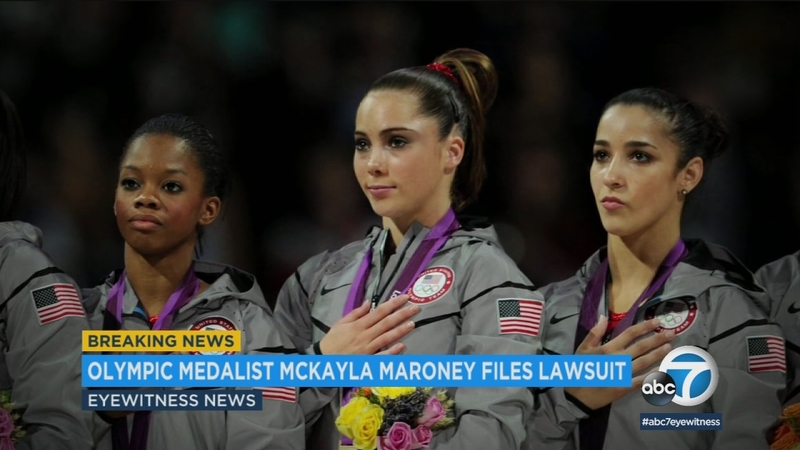 The lawsuit was filed in Los Angeles Wednesday.

Maroney claims Nassar began abusing her when she was 13. She said the abuse went on until she retired from the sport altogether.

"It seemed whenever and wherever this man could find the chance, I was 'treated.' It happened in London before my team and I won the gold medal, and It happened before I won my Silver," Maroney said in October.
Nassar was sentenced to 60 years in prison after pleading guilty to charges of criminal sexual conduct and child pornography Dec. 7.

Investigators said he possessed more than 37,000 videos and images of child pornography.

The charges relate to Nassar's time a faculty member at Michigan State University, from 1997 to 2016, when, the university said, he was fired after the allegations surfaced. As part of his plea agreement, Nassar admitted that touching the women and girls was not a medical procedure, and he will not be able to use it as a defense moving forward.

Sentencing in the state cases will take place in January.

Nassar is also named in civil lawsuits, in which he is accused of sexual misconduct by more than 125 women and girls.

Among Nassar's alleged victims were gold-medal gymnasts Aly Raisman and Gabby Douglas, who were members of the same 2012 Olympic team as Maroney.

Maroney's lawsuit claims USA Gymnastics had Maroney sign a non-disclosure agreement which prohibited her from speaking out about the abuse. The agreement "was done so in direct violation of California Law, and for the purpose of silencing a known victim of Nassar," the lawsuit says.

"The US Olympic Committee and USA Gymnastics were well aware that the victim of child sexual abuse in California cannot be forced to sign a non-disclosure agreement as a condition of a settlement. Such agreements are illegal for very good reasons, they silence victims and allow perpetrators to continue committing their crimes. That is exactly what happened in this case," said Maroney's attorney John Manly.