Measles outbreak: Many of those susceptible to infection are college age 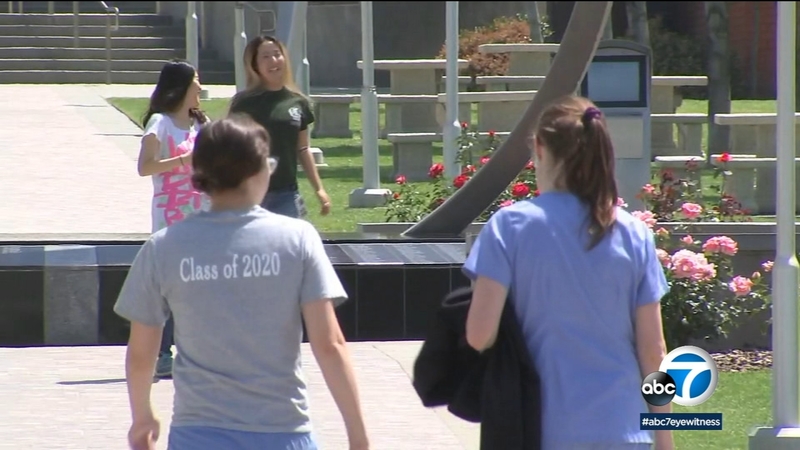 Measles outbreak: Many of those susceptible to infection are college age

LOMA LINDA, Calif. (KABC) -- With new measles cases popping up throughout Southern California, public health officials are sounding the alarm about the potential for rapid spread on college campuses.

Among students at Loma Linda University School of Medicine, news that U.S. measles cases are at their highest level in 25 years is astounding.

"There are certain diseases that we study about that were once eradicated or close to and measles was one of them," student Mark Ringer said.

"There are so many people in small enclosed spaces, so if you have someone who is unvaccinated, there could be a domino effect," said nutrition student Natalie Gonzalez.

Doctors say the virus can stay active in a room for up to two hours.

"It doesn't have to be on a surface that you touch, the virus could be up in the air for that long," said Loma Linda Health Chief Medical Officer Dr. Adrian Cotton.

Many people in their 20s in California are less likely to be vaccinated and more vulnerable because of what some call "the Wakefield effect."

The now discredited Wakefield study, published in 1998, implied the vaccine was linked to autism.

"There's a group now that don't have the vaccination rate that they did 15, 20 years ago," Cotton said.

If you were born before 1957 or you had a series of vaccines when you were a child, you don't need a booster. But Cotton says it's better to be safe than sorry.

"You can either just get a vaccination, a booster vaccination, or they can get a blood test at their doctor's office that tells them whether or not their immunity still exists," Cotton said.

The rise in cases has prompted U.S. Health and Human Services Secretary Alex Azar to issue a statement emphasizing the safety of the measles vaccine. Future doctors like Ringer encourage immunizations.