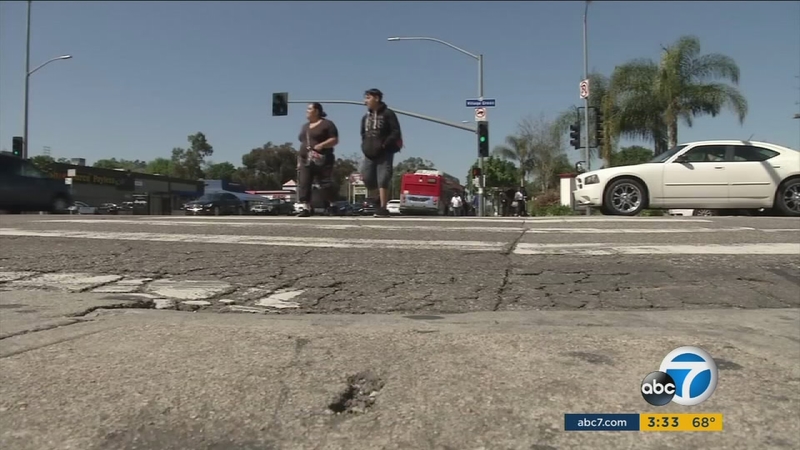 NORTH HOLLYWOOD, LOS ANGELES (KABC) -- Tens of millions of dollars will be coming to Los Angeles for crucial transportation projects, all thanks to voter-approved Measure M, but most of that money may not be spent on the city's crumbling streets, sidewalks and gutters.

Voters across L.A. County approved Measure M, an increase to sales tax, in November and the money was promised for transportation projects and to fix roads.

Some of the money is distributed to individual cities, and they can use it any way they want.

Let your representative know what you think about Measure M by taking action below.


An L.A. City Council committee, led by Council member Mike Bonin, voted to spend most of the money on the mayor's "Vision Zero" plan. It focuses on safety improvements for streets and intersections that have a high number of traffic accidents.

"I think it's just another bait-and-switch," said community activist Jack Humphreville. "We saw all the ads for (Measure) M - that the local return was going to fix our streets, and Eric (Garcetti) was out there telling us that he's the pothole king. Now, all of a sudden, you listen to Bonin and it's all these pet projects that he wants."

Some of those projects also include money for bicycle lanes, building curbs and repairing sidewalks.

"They're valid, OK, but do they take precedence over actually fixing our infrastructure, which if they defer the maintenance, is going to be exceptionally more expensive than not doing it," added Humphreville.

Police said in the last 12 months, there have been 32 serious injuries at a number of dangerous intersections, which include Figueroa Street at Jefferson boulevard and Vernon Avenue, La Brea Avenue at Coliseum Street and Rodeo Road, and Century Boulevard at Central Avenue.