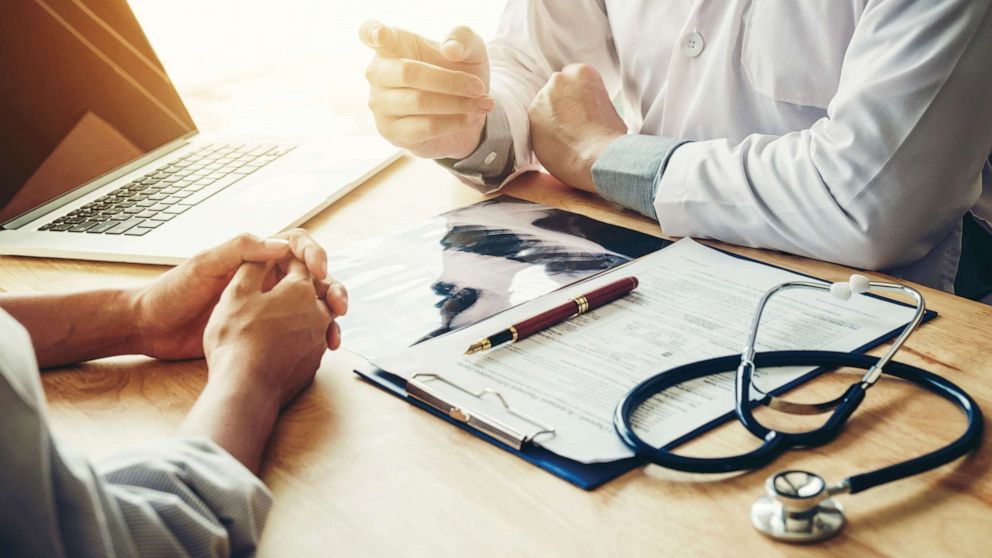 New recommendations from the United States Preventive Services Task Force aim to offset what experts call an alarming trend in American health: a rising number of young people are getting diagnosed with, and dying from, colorectal cancer.

The Task Force announced Tuesday morning their proposal to lower the suggested age for when to start colorectal screenings, moving it up five years, from 50, to 45 years old. The move may indicate a growing call for awareness and accelerate action amongst an age group that may not know they're at risk.

"The prognosis is so much better if you catch it at an earlier stage," Dr. Kimmie Ng, the director of the Young-Onset Colorectal Cancer Center at Dana-Farber Cancer Institute, told ABC News. "These new guidelines are hugely significant. They support and validate the alarming epidemiologic trends we've been seeing: This cancer is rising at about a rate of 2% per year, in people under the age of 50, since the 1990s."

Colorectal cancer impacts the gastrointestinal system's final segment. While lung cancer is the leading cause of cancer deaths in the U.S., colorectal cancer comes second, according to the latest data from the Centers for Disease Control and Prevention -- and yet, it remains one of the most treatable, even curable cancers, when caught in its early stages.

"Way too young" were the words resounding across the globe late this summer, when news broke that actor Chadwick Boseman, at just 43 years old, had died of colon cancer. Boseman had kept his long, difficult battle mostly private, but the shock of his loss was compounded by a common misconception: that the disease only strikes older people.

Even though overall incidence and mortality rates for colorectal cancer have decreased over the past few decades, colorectal cancer deaths among younger adults continue to climb. It's a concerning trend, experts told ABC News, pointing out the importance of testing and early intervention.

In 2018, the American Cancer Society updated their guidelines, recommending that those at average risk of colorectal cancer begin regular screening at age 45. Experts hope the Task Force's update shines a light on the importance of the issue.

For years prior, screening was not generally recommended for the below-50 crowd. This led to potentially vulnerable, or even sick adults putting off testing thinking their symptoms did not rise to the level of firm diagnosis. Because of this lack of awareness, pernicious, possibly cancerous growths remained undetected for too long, experts say, and now, young patients are suffering from more advanced, harder to treat cancers.

"Cancer is simply not on their radar," Ng said, speaking more specifically about colon cancer. "They're otherwise young and healthy. So we need to emphasize that yes, this can happen in young people."

Nearly 25% of screening-eligible Americans have never been screened for colon cancer, and yet, it is expected to cause over 53,000 American deaths this year alone. Of the roughly 148,000 individuals who will be diagnosed with colorectal cancer in 2020, about 18,000 of those cases will be young people, according to the American Cancer Society. And although most commonly diagnosed in older adults, about one in every 10 new cases occur in people under 50, according to data collected from the CDC's National Program of Cancer Registries.

And the trend seems to have no end in sight, as the rate of new colorectal cancer cases in young patients is expected to double by 2030.

The diagnosis strikes younger patients at a different stage in their lives, catching them unaware. Dr. Nancy You, a colorectal surgical oncologist at the MD Anderson Cancer Center, said she's been "in the trenches" with younger patients, and that tension between life and unexpected sickness.

"The emotions are high when these younger patients walk in the door," You told ABC. "It catches them completely off guard. They're finishing school, trying to make a career, building relationships, families, and then this."

"So, if we're able to move the needle at all, lowering the stage they're diagnosed, or when the tumor is smaller, hopefully, that's a window of intervention such that we never get to invasive cancer."

The new USPSTF guidelines are not yet final: For the next four weeks, the public will have the chance to peer review for feedback on the recommendation to the Task Force.

"We really approach this in an open way," Dr. Michael Barry, USPSTF member and director of Informed Medical Decisions in the Health Decision Sciences Center at Massachusetts General Hospital. "We really try to be transparent and take different perspectives into account, before we make a final recommendation. This is an opportunity for clarification."

With the adoption of this recommendation, more patients in an expanded age bracket will have access to screenings without having to worry about the out-of-pocket cost. Insurance coverage is "directly tied to this Task Force's recommendations," Ng said.

So, why has the median age for colorectal cancer shifted lower? "That is really the million dollar question we're working to understand," Ng said. One's diet and one's lifestyle choices are both suspected to have an impact, but Ng said, the "vast majority" of the younger patients she and her colleagues see live active, healthy lifestyles and have no family history.

There's another issue, one intertwined with the socioeconomic disparity linked to nutrition and quality of life: Rates of colorectal cancer are higher in Black people, according to the Task Force and experts on the matter.

"We see these well-known disparities in the incidence of colon cancer and mortality from colorectal cancer by race," Ng said, "Black people are much more likely to get this disease -- and at a younger age -- than white people, and more likely to die of colorectal cancer than white people. These new guidelines hopefully will contribute to helping to mitigate some of that."

Colon cancer screening methods run the gamut from clinical visits to at-home collection. Experts agree, the "best" test is the one that optimizes screening and understanding.

"The best test is the one that the patient will do," Barry said.

Ng also said that while a colonoscopy is considered the "gold standard," it just isn't for everybody. And not everybody will do it, as we've seen, because compliance rates with colorectal cancer screening across the U.S. are currently only about 60%.

Screening for colon cancer earlier won't have a specific downside: The risk of bleeding, or tears in the intestinal lining, that occur with colonoscopy occur more frequently in older patients, experts say. But the current guidelines -- even the new ones -- won't sweep worries or undiagnosed cases off the table.

"For a lot of people diagnosed under the age of 45, like Boseman, these new guidelines still won't help those younger patients," Ng said. "And so, research really has to continue, into who exactly we should target and why this is happening."
Report a correction or typo
Related topics:
abc newsnational
Copyright © 2020 ABC News Internet Ventures.
More Videos
From CNN Newsource affiliates
TOP STORIES