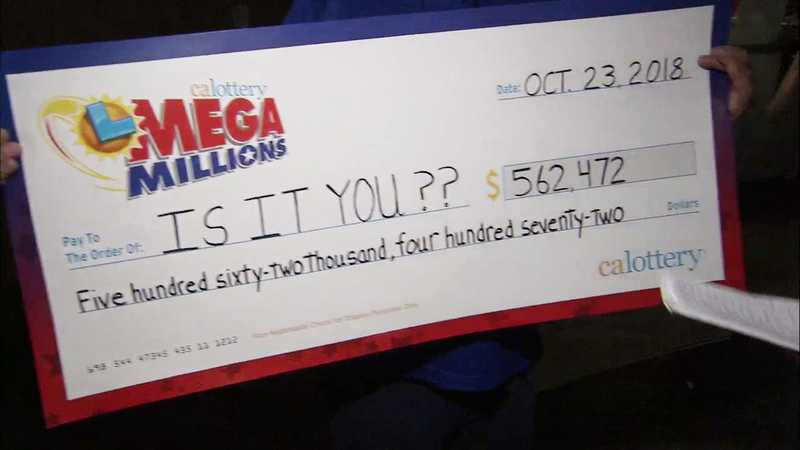 LOS ANGELES (KABC) -- A handful of lucky players matched five out of the six numbers in a massive Mega Millions drawing, and five of those tickets were sold in Southern California.

While the California Lottery tweeted out that there were no $1.6 billion jackpot winners in the state, eight lucky people still get a big cash prize.

The second-tier winning tickets pays Mega Millions winners on a pari-mutuel basis. Those eight tickets are each valued at $562,474, according to the California Lottery's website.

One ticket in South Carolina hit all six numbers to claim the $1.5 billion Mega Millions drawing.