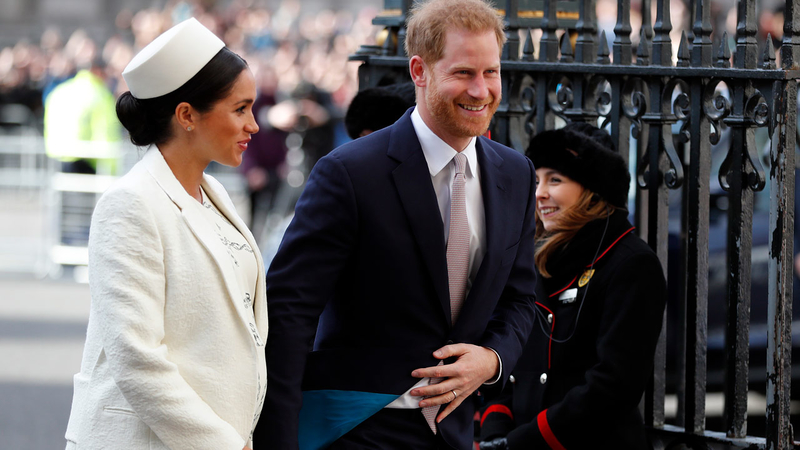 As the world continues to be on royal baby watch, Prince Harry and Duchess Meghan are thanking those who donated to charity in honor of the royal baby by outlining exactly how those donations will be used.

The post continued to say, "on behalf of The Duke and Duchess (and Baby Sussex), we thank you so much."

In the post, the couple shared just how much had been raised by highlighting the impact for each charity:

The Lunch Box Fund will provide "a minimum of 100,000 additional hot nutritionally fortified meals to children in dire need across South Africa."

Little Village said they "increased their monthly donors, had a surge in volunteer applications, and re-energized their hard working team of 200+ staff and volunteers."

Well Child was empowered to provide "300+ additional hours of specialist care by a Well Child Nurse for a child with serious health needs, allowing families to stay together at home vs in hospital."

Baby2Baby has received more than 5,000 products for children in need, "including cribs, books, backpacks, diapers and have received monetary donations from around the globe."

Earlier this month, the internet threw an official "baby shower" for the couple with the hashtag #GlobalSussexBabyShower, helping to gain attention for some of their favorite charities. A post on the Sussex Royal Instagram accout thanked everyone who joined those efforts and encouraged others to consider donating to charity as well.

Meghan and Harry's first child is due any day now. It's rumored Meghan may have a home birth, but the couple has said that they decided to keep their plans surrounding the birth private. They recently moved to Frogmore Cottage on the grounds of Windsor Castle where they got married.

A look back at Prince Harry and Meghan Markle's relationship timeline

When is Meghan Markle's baby due? Duchess of Sussex teases details