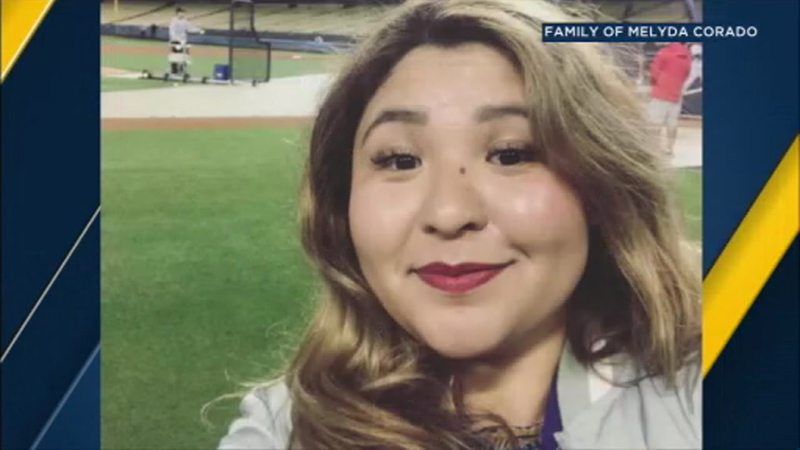 LOS ANGELES (KABC) -- The family of a Silver Lake Trader Joe's worker who was killed by a police bullet when an armed suspect ran into the store following a pursuit in July has filed claims for damages against the Los Angeles Police Department.

Attorney's for the family of 27-year-old Melyda Corado said Thursday the claims allege conduct by the LAPD which "constitute violations of civil rights; battery; excessive force; negligence; intentional and negligent infliction of emotional distress; failure to provide adequate training to officers; and conspiring to cover up wrongful misconduct."

Corado was killed by police gunfire on July 21. Suspect Gene Atkins crashed his car outside the grocery store following a chase with LAPD officers. After the crash, officers opened fire into the parking lot and the front of the business, hitting the woman.

Attorneys said the Corado family repeatedly asked the city to release unedited video of the deadly incident, but the family said it's received nothing.

"The City has left the Corado family no option but to file these claims. The City is inviting a lawsuit through its failure to cooperate," said attorney John C. Taylor in a press release.

The LAPD has 45 days to respond to the claims.

Eyewitness News reached out to the police department for comment. It said they do not comment on pending litigation.