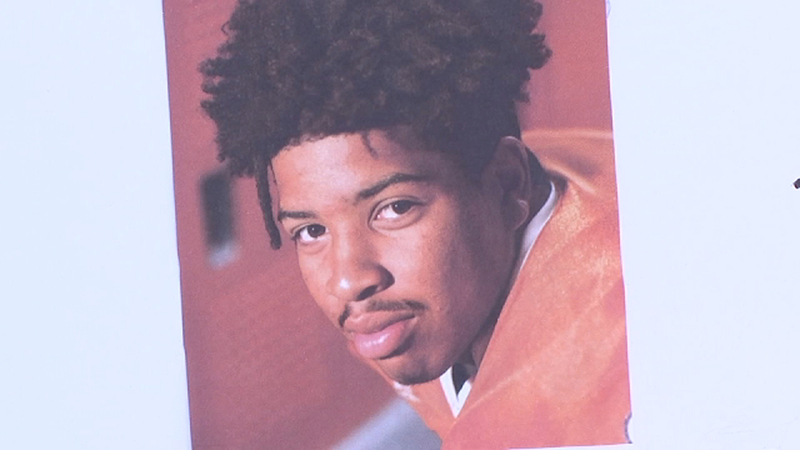 PERRIS, Calif. (KABC) -- A 19-year-old who was gunned down outside an Ontario restaurant last weekend was honored during an emotional memorial service Friday at his former high school.

Ahasuerus Marrsaa Woods was killed in a shooting at the Aria Kabob & Bar Saturday night, which left two others injured.

Woods was a star football player at Orange Vista High School in Perris with big dreams. Just after graduating, he went on to play college football.

His sister, Marrsaa, says her brother was at the restaurant with friends attending a performance when killed. His family says he was in the wrong place at the wrong time.

During the memorial, former classmates and school staff remembered Woods, who they referred to as "Woody," for his athleticism and sense of humor. One teacher recounted the time he brought a horse to prom.

"Woody always had a story or a crazy idea, " said Dinah Greene. "When it was time for the Prom-posal and he was like 'I am bringing a horse. I was like no you are not.' As many times as you told 'No, you won't' he would prove you wrong."

His family attended the service, along with the entire school that filled the bleachers on the football field that Woods played on.

"It feels amazing knowing that my brother touched so many hearts, not just his family, that he was (able) to show his love to his school... knowing that he was loved by all these people makes me feel great," Marrsaa said.

Woods was home from college on an extended stay after the New Year because he was homesick, she added. Now, they just want justice for him.

"I know we will get. There was several cameras in the area," said the victim's sister.